The Future of Advertising: The VODs, brand integration and more measurement 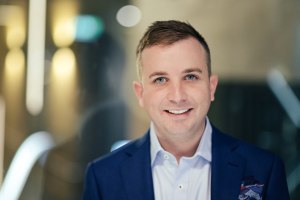 This four-part series, brought to you by Xandr, explores where the future of advertising lies following a COVID-induced digital acceleration, changing consumer behaviours and the rise of video.

The rise of video on demand (VOD) services is paving the way for more measurable advertising experiences and the revamped return of brand integration.

Peter Hammer, managing director of market research firm Marketing Scientist Group, says the pandemic-induced surge in video consumption has been a “rising tide for all ships” according to his research in the Total Video Consumption report.

“The results showed that claimed viewing for both broadcast TV and subscription video-on-demand (SVOD) services had increased by 19% month-on-month in video viewing time for March 2020,” Hammer says.

“It also revealed that all other forms of long-form video consumption had increased by 24%, which includes data for YouTube, video rental and download services and DVDs.”

The VODs
VOD services, whether powered by advertisements, subscriptions or both, have become prominent choices for consumers today looking to watch interesting and engaging content at any time.

According to Hammer’s research, 65% of all long-form video viewing is done on a TV screen, including 70% for SVOD viewing.

The top three over-the-top (OTT) devices for total video minutes in March were the native app on the TV, Google Chromecast and gaming consoles like Xbox and PlayStation.

While SVOD remains a popular choice among viewers, Hammer has found that its sustained growth will soon slow and more interest surrounding ad-supported VOD will come into play.

“In Australia we actually don't expect SVOD to continue to grow at the rate it's been growing,” he says.

“From our own data, the Science of Streaming, we're seeing that more than two-thirds of the population now have access to SVOD services.”

One example of this is ad-supported SVOD platform Quibi, which sold out of US$150 million worth of first-year ad inventory nearly six months before the service had even hit the market.

With more VOD players slated to enter Australia, Hammer says there has been increases in niche and targeted content becoming available.

However, to be successful in the long term, he sees bundling these platforms as the best alternative to offer consumers greater discovery and build a better understanding of their interests.

“At the moment we've got a lot of siloed players, and bundling enables you see the total consumption across all those different services,” he says.

“It means that those recommendations and personalization get so much better.”

The new product placement
Product placements across TV have been revamped beyond late night infomercials and the obvious brand mentions that audiences would have been exposed to in the past.

Now, brand integrations are being made “sexy” again, Hammer says - particularly among SVOD services where ads are not played.

Instead, advertisers are finding creative ways to have their brands integrated into top rating shows.

For example, popular TV series Stranger Things on Netflix incorporated an estimated US$15 million (approximately AU$22 million) worth of product placement in its third season.

The results from numerous studies have revealed that in-show placements are highly effective but can be more so when combined with ad spots or a supporting sponsorship.

“It actually drives even greater impact across all those different metrics,” he says.

“It's good news for the ad-supported VODs as well as the ad-free.”

As a result, Hammer says he has seen greater demand for brand integration measurement within TV programs.

Better measurement
The metrics and processes used to measure the impact and success of advertising are set to change over the next few years.

Already over the last 18 months, Hammer says there has been a substantial shift towards cross-platform measurement as advertisers seek a holistic view of the consumer.

“There has been a focus more on total TV or total video to better understand how people are consuming content and advertising across all those devices, platforms and content brands,” he says.

“Ultimately, by better understanding that, advertisers can then create campaigns that will resonate with consumers in a different way across those different environments.”

These solutions could include a hybrid data collection which could work with, for example, digital census data underpinned by a large scale, high quality panel that can then stitch it all together.

By better understanding the consumer and building campaigns tailored to their behaviours, this will likely impact the way they recall a brand and its ads.

Hammer says there are big changes to come for ad recall and brand consideration metrics which will focus more on how users are presented the ads.

“When we think about the ad-free SVOD viewing that's happened, the maybe unintended consequences of that is it's making existing broadcasters or content players rethink their ad breaks and ad clutter, and reducing the amount of ads that they are actually presenting,” he says.

“The consumers' daily experience is that they're seeing no ads on those ad-free platforms, or in the case of when those SVOD services are putting on ads, they're usually a much lighter load.”

Research suggests that fewer ads of both higher quality and relevance to viewers not only creates a better consumer experience but also better opportunities for advertisers to be surrounded by less competitors.

“We know from that then the ad recall metrics are much higher,” he says.

“We actually see that some of the changes that are happening in the ad environment are actually really positive in terms of metrics like recall.”