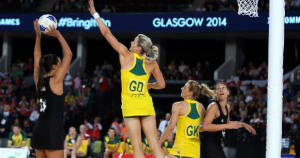 Interactive marketing agency The Creative Shop has won the account for the Netball World Cup which will be held in Sydney this year.

The event will also included FanFEST a free venue near the Netball arena which will include food, beverages, merchandise and sporting experience.

As part of the work, The Creative Shop will allow fans to create, post and share user-generated content from the FanFEST hub across their social media channels.

The Creative Shop director David Wommelsdorff said the account win is the third international sports competition the agency has worked with in less than six months, following projects for the AFC Asian Cup and the ICC Cricket World Cup.

“Understanding that the landscape in Australia across 2015 was heavily saturated with sporting activity, including many international tournaments and exhibition matches, we made a decision to focus our efforts on showcasing our skillset in this space,” Wommelsdorff said.

“As a result, we have had an incredibly strong six months securing now our third international sports tournament, which has allowed us to demonstrate some truly cutting-edge technology to worldwide audiences.”