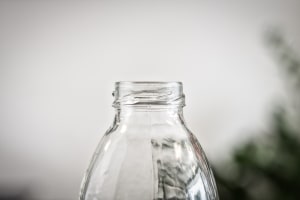 Global adtech firm LiveRamp has been ramping up its presence in the Australian market with a number of new partnerships as the industry seeks out a cookieless identity solution.

LiveRamp has been working on the Authenticated Traffic Solution (ATS) since 2016 with its official launch in market last year.

The solution has seen swift adoption across the industry in 2020 following Google Chrome’s announcement that it would join other browsers in removing third-party cookies, including partnerships with Seven and Publift.

LiveRamp Asia Pacific managing director Frederic Jouve says he believes while ATS’s widespread adoption has been in part accelerated by COVID-19, it is a solution that the industry has needed as it moves away from cookies.

It provides user privacy by offering control over how their data is being used with a single opt-out that applies to platforms and publishers that use IdentityLink.

“One of the benefits is how you deliver an omni-channel experience,” says Jouve.

“How you are able to have that cross-channel experience is absolutely mandatory today and that’s what ATS delivers.”

Cookies had been on the way out for some time as they became rendered useless with many new formats including connected TV (CTV).

While they weren’t built for the digital world today, Jouve says ATS has been.

“There are a few things that make it future-proof,” he says.

“The first one is it’s not device-based, it’s people-based and people are not changing.

“We don’t believe in one unique identifier that everybody would be using because from a security perspective - it doesn’t work.

“The way that LiveRamp works is that each partner uses their own identity and that enables them to be people-based, but in a secure and privacy-compliant way.”

Jouve says privacy is a trend that will last as more regulation is introduced for the industry so LiveRamp has built a solution that is driven by consumer concern.

“To be privacy compliant, it’s not just with existing regulation, it’s with future regulation and it’s also with ‘What’s the right thing to do?’” he says.

“Because at the end, the key is to put the consumer at the centre. That’s what makes it really future-proof. Consumers more and more want to be in control of what is happening and that’s what ATS enables.”

With ATS, Publift now delivers a cookieless marketing solution directly to small and medium-sized publishers on its platform, enabling publishers to seamlessly connect their first-party data with marketer demand.

The company works with a sizable stable of small and medium-sized publishers, including Concrete Playground, NRL, Man of Many, Weatherzone and The New Daily.

Publift CEO Colm Dolan says these publishers play a vital role in delivering quality news and content to Australians but don’t necessarily have the resources that bigger players do.

“Many of our customers often feel as though they are playing catch up with the big industry players and do not have the same access to resources specially designed to fit their needs, whether it’s their business model or their ability to or evolve with changing privacy and technology innovation,” says Dolan.

“It is our job to continue to give these publishers a voice, and develop solutions and strategies to sustain their businesses now and in the future.”

The integration of ATS into the Publift’s platform will help smaller publishers who have limited resources unlock the ability to harness their first-party data and high-quality, addressable inventory across cookieless environments, like Safari and Firefox.

“We can seamlessly implement the technology into our tag and rebuild the tag for our publishers,” says Dolan.

“The crucial thing with small publishers with limited resources, they don’t have to change anything on their end. It just gets updated on our tag and they get access to the technology which is great.”

This includes independent men’s lifestyle publication Man of Many, which earlier in the year overtook GQ in its readership according to Nielsen’s May 2020 Digital Content Ratings to become the number destination in the category.

Many of Many co-founder Scott Purcell says using ATS on the site will help the publisher offer a better experience to both advertisers and its audience.

“We can offer brands much more integrated solutions in terms of reaching the right audience,” says Purcell.

“This new technology is much more accurate. Not just for our clients, but for our audience, providing them with a much more curated and premium experience, so they’re not seeing low quality ads from Google but they’re actually seeing the premium brands and in topics they’re interested in.

“I think that’s really important to match the premium content we write about with high impact and proper beautiful ads as well on the site.”

As a smaller publisher, Purcell says ATS will help the site continue to monetise and make up for the loss of revenue that it had typically experienced from third-party cookies and retargeting.

“We don’t have the benefits of having a huge ad ops team, which is where the likes of LiveRamp and Publift really benefits smaller and medium sized publishers, in that we can turn to them for assistance,” says Purcell.

“Being a small publication is probably a benefit over this period though, in that we don’t have to go through as much of an approval process as maybe some of the larger publications do in order to adopt and test new technologies.”