The Bachelor lifts as NRL forces The Block to slide 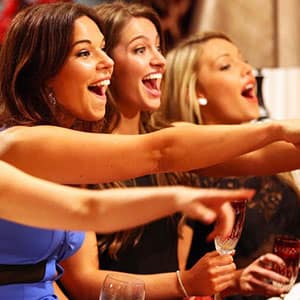 Ten's The Bachelor lifted on last week, making it into the top 10 free-to-air TV shows with 681,000 viewers last night.

It was the third most-watched non-news program, behind fifth place Home and Away on Seven, with 881,000 viewers, and eighth place science show Catalyst on ABC1, which won an audience of 721,000 across the five metro areas.

Nine's The Block Glasshouse took a beating in the ratings, as it was ousted from Channel Nine in Sydney and Brisbane in favour of the Canterbury Bulldogs vs West Tigers NRL game.

The Block picked up 585,000 viewers in Melbourne, Adelaide and Perth.

The Nine Network still won the night overall, taking 29.5% of the total free-to-air audience share, according to preliminary overnight ratings figures from OzTam.

Nine News won the biggest audience, and was the only program to pull in more than a million viewers, with 1.075 million watching.

Have something to say? Send us your comments using the form below or contact the writer at lucyclark@yaffa.com.au.