The 30-second TV spot isn’t dead, it just shouldn’t be a priority 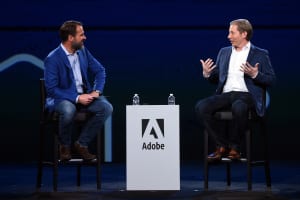 “I don’t know if it’s dead but I think there needs to be a pretty major evolution, and like all things in life that are complicated, the answer is - ‘it depends’,” Fischer said.

He said for long form content it may well be that 30-seconds works, but he’d argue a 15-second spot or less is best, adding that it’s the “thumb-stopping” content on mobile that makes you think ‘let me stop now and read this', that needs to be the priority.

“Yes there are clients out there taking 30-second spots and running them on mobile and some of them, the occasional one, might hit, but the reality is you need to think about where people are spending their time and what they are doing it,” he said.

“People are spending a ton of time on mobile. We see over 100 million mobile video hours consumed a day on Facebook so there’s a ton of consumption, but it’s a different type of experience. That’s why we’ve been working with our partners, taking their 30-second spot and editing it them down to seven or 12-seconds to capture that attention up front.”

We had a tough time

Fischer said the next set of big things that marketers are set to invest in and discover and be empowered by is ultimately going to happen on mobile.

“Mobile is the next big thing and while you are probably thinking, ‘no mobile was the last big thing’, actually I don’t think that all of us have internalised just how major a shift to mobile is,” he said.

Fischer went on to explain how Facebook was caught off guard by this in 2012, right after it went public, and it was a tough period for the company.

“We got a lot of criticism, deservedly so as we found ourselves behind the curve so we had to go through a major transformation with the company, from behind, to mobile first, and that’s made a really big difference for the company.

“I don’t think that transformation is done by any stretch and we can still occasionally get caught on our heels by how quickly this evolution is happening.”

Fischer said work still needs to be done around best practice and the currency shouldn’t start with a 30 second spot that’s repurposed for mobile – an issue that’s widely discussed across the industry.

“Rather than starting there and looking at how you edit that, you need to think about what is really going to be great content on a mobile device – while also preparing for sound on or off,” Fischer added.

“We are seeing people doing it but it has to not a become a side project. It has to be core.”

The commercial gains in messaging apps

Looking at what’s ahead for Facebook Fischer said it’s set to ramp up commercial offerings across its messaging apps; Facbeook Messenger and WhatsApp –  each has more than a billion users.

“There’s a lot of things going on and one area we are just starting to dig into is messaging - in creating great commercial opportunities for messaging,” he said.

“There’s incredible engagement on that but there haven’t been the commercial messaging opportunities that many of us would like.”

In relation to commercialising WhatsApp he said “we are just getting started”.