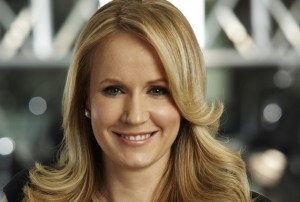 Ten is preparing to launch a new channel later this year, targeting the under 50s demographic.

The fourth channel for the network was confirmed by Beverley McGarvey, Ten chief content officer and ViacomCBS AUNZ EVP, during the network’s 2020 UpClose at Home event, held vurtualy due to the pandmeic lockdowns.

Ten will provide further details on the channel in the coming months, but has confirmed that it will target viewers under 50.

During the virtual event, Ten chief sales officer Rodd Prosser said the network’s broadcast video-on-demand numbers will be the strongest in Australia.

“Across this year, minutes viewed on Ten Play are up 37% and livestreaming has soared almost 200%,” he says.

"Last month, the combined monthly unique audience for Ten Play and Ten Daily, just shy of three million, was the biggest we’ve ever had recorded by Nielsen, and remember this excludes connected TV.

“This year we have seen a dramatic and rapid shift to Ten. The speed of this is critical. While many of our clients and agency partners have benefited from moving as fast as the viewers, some haven't. In this market, it’s critical to be agile, dynamic, fast-moving and to recognise the world has changed, including the TV world.”

While TV viewing spiked as people were confined to their homes during strict lockdowns, advertising revenue was hit due to the economic downturn caused by the pandemic. According to reports, revenue for the commercial free-to-air industry was down 8% in the first three months of the year.