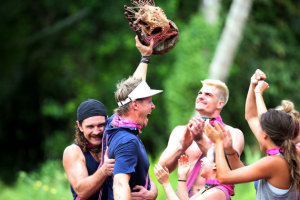 Ten has postponed the production of the latest Australian Survivor season due to coronavirus.

The network was forced to push back filming of the sixth season following travel advice from the Australian government, which sees every country in the world marked as “do not travel”.

“Following the Australian Government’s latest advice on overseas travel, plus discussions with the Fijian Government, production of the new season of Australian Survivor has been postponed,” a spokesperson for Ten says.

“While this news is disappointing, the health and safety of everyone involved with the show is our number one priority. We will update everyone on when production will start as soon as we can.”

Last year’s season of Australian Survivor was a strong performer for Ten. The grand finale drew in an audience of 923,000 metro viewers, and the winner announced segment drew in 1.04 million metro viewers.

Ten is currently airing Australian Survivor: All Stars, which attracted 624,000 metro viewers for its debut episode and is averaging 696,000 viewers on TV.