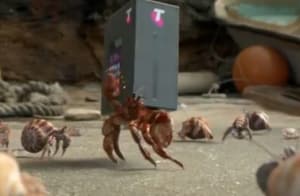 Telstra added close to a million new mobile customers during its 2014 financial year, bringing its network to 16 million Australians.

At its Brisbane AGM this morning the telco threw a spotlight on its IPTV business, revealing that it will increase its ownership in Ooyala, the video streaming and analytics firm, to 98%, while also making clear a strategic priority to launch a refreshed 'entertainer' bundle and IPTV box in conjunction with Foxtel.

“We are adding to the T-Box package through our acquisition of Ooyala,” CEO David Thodey told the AGM. “It provides a software platform which allows a personalised service on multiple devices, while it also gives us analytics on what people are watching and allows us to better monetise that activity.”

The additional mobile customers have helped boost a strong year for Telstra. Today it reports a $3.7bn distribution to shareholders on the back of net profit after tax of $4.3bn dollars, up 14.6% on the previous year. The company has also completed a successful $1bn buyback of Telstra shares.

Telstra also focused strongly on its aim to expand public wi-fi hotspots to 13 million in the next five years (including 1000 by Christmas) and increased coverage of the 4G network, which already connects some 5.2m Telstra devices.

The board recommended the election of Mr Peter Hearl and the re-election of Mr John Mullen and chairman Ms Catherine Livingstone.