Telstra believes Pixel will be a 'draw card' for customers 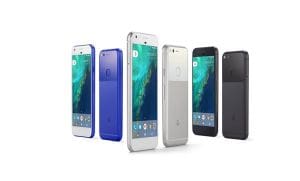 Fresh from inking a deal with Google to be the exclusive launch partner for the tech giants' first foray into hardware, Telstra believes Pixel will be a “draw card” for new customers, in the competitive telco space.

Google revealed its first ever mobile phone along with several other hardware offerings yesterday, and Telstra is the only telco in Australia offering the new device as soon as it lands.

Speaking with AdNews, Telstra's director of devices, Andrew Volard, outlined that while the business won't be revealing figures around how many customers, both current and new, are likely to want to give Pixel a go, Telstra does expect demand for the phone to be strong.

“We think [Pixel] will be draw card for a lot of customers who have a strong affinity with Google software and want one of the best smartphone experiences available,” he says.

When it comes to marketing the launch, Telstra will be using a raft of social channels to get the message out to consumers.

“We kicked off with live social activity on Facebook, Instagram and Snapchat. There will be plenty of digital marketing during pre-order and our broader advertising campaign will be in market in the coming weeks,” Volard says.

Since the announcement yesterday, reviews of Google's Pixel have been mostly positive, with the technology press widely praising the device. One Gizmodo reviewer said: “The Google Pixel is the smartest phone I've ever held.” The cost of the device has been criticised, with Tech Radar noting that the price of Pixel places it squarely in competition with Apple and Samsung, meaning that it can't have the shortcomings Google's previous Nexus devices have had.

Telstra inked the exclusive deal with Google because the telco wants to give its customers the newest tech on the market.

“We’ve partnered with Google because we want to bring the best technology from around the world for our customers.

“We think intelligent assistants are set to change how Australians use their smartphones. We wanted our customers to be the first with Pixel and Google Assistant.”

The deal also comes as Telstra is pushing to move from 'telco to techno', with the brands latest advertising showing different ways that people are connected by technology. At the time the creative was released, CMO of Telstra Joe Pollard told AdNews that now their customers want Telstra to be a technology partner, not just a carrier.

“Our customers want us to build upon the strength of our network and empower them to turn their ambitions, aspirations and dreams into reality,” Pollard says.“They look to us as a company to be their technology partner and we take this seriously."