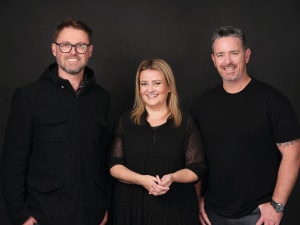 TBWA\NZ Group has appointed Paul Wilson to the role of managing director for TBWA\Auckland.

Joining the agency in the midst of a rapid growth phase, Wilson will support the continued expansion of TBWA\NZ, partner with key clients and lead the development of the account management department and production offerings.

“TBWA is an agency with great momentum and the talent to deliver world class work for their partners," Wilson says.

"I’m really excited about joining the team. They already have such a great bunch of talented humans, an enviable client portfolio and Catherine and Shane have a strong vision for the agency. I can’t wait to get started.”

Wilson joins from Saatchi & Saatchi New Zealand where he spent the last nearly eight years in a number of roles including most recently as managing director.

Prior to that, he has worked at Colenso BBDO, DDB New Zealand and Singleton Ogilvy & Mather (now Ogilvy).

Group CEO Catherine Harris and group chief creative officer Shane Bradnick are strengthening the TBWA\Auckland team as they continue to focus on the TBWA\NZ Group growth across both TBWA\NZ and Digital Arts Network (DAN).

“As we’ve grown, we have always focussed on bringing in the very best talent for our partners and our people," Harris says.

"Paul is an exceptional leader, a brilliant partner to clients and has proven time and again that he creates world class, disruptive and effective work.

"Paul also embodies our values and is a hell of a lot of fun to be around. Shane and I are so excited to have him join our team.

“As we continue to grow, Paul will be focussed on ensuring we deliver exceptional outcomes for our client partners and continue to grow a world class account management team.”

Bradnick says Wilson is the perfect fit for the agency.

“At TBWA we talk about making stuff people love, with people we like, and Paul embodies this. He’s an absolute legend, loved by client partners and staff alike," Bradnick says.

"Paul has been responsible for some of the best work in the business on some of New Zealand’s most iconic brands over his career.

"His recent work on Toyota Hilux and Chorus being some of the most loved and awarded work in New Zealand this year, and we can’t wait for Paul to start.”

Wilson starts on Wednesday 9 June and is the first of several new hires who will help expand the TBWA\NZ Group team.

This is latest senior leadership appointment in the New Zealand market following a number of shuffles among the agencies including DDB's Justin Mowday and Damon Stapleton being appointed to lead The Monkeys' new agency in Auckland.

At the start of the year Saatchi & Saatchi Melbourne managing director Mark Cochrane was also promoted to CEO of Saatchi's New Zealand agency.