Talent War - Why these industry figures moved to independent agencies 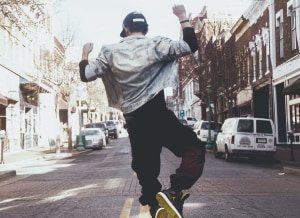 Contemplating a switch to an independent agency from a global holding group can be a little scary.

Will the opportunities for advancement be the same? Is the business sound? Will I have the same resources?

Those who’ve done it say the key skills are the same but that the reward is having a greater personal impact, making a difference, less bureaucracy and no day is the same.

One described it as more agile, like moving to a speedboat from a cargo ship.

Sue Cant, head of media, AFFINITY: “One of things I’ve learned to do better most recently and really value the most though (thank you AFFINITY), is just to stop and breathe, and take the time to actually think; something that can be hard to do in a bigger network when everything can be just like a conveyor belt; in and out with no time to actually stop and think.”

She went full circle across two countries, starting a media career at an indie in London, then moved into several holdcos.

She then travelled to the other side of the world to join a holdco, moved to another one and is now back into the indie agency world at AFFINITY.

“I’ve always loved the culture of a smaller agency, the ability to get involved in multiple aspects across a business, not be pigeonholed and defined just by a title or a role, and just generally the space to grow,” she says.

“Growth was a big reason for me leaving a holdco last year that I had been with for over five years.

“I was having that ‘groundhog day’ moment every day, where I felt I wasn’t learning new skills, I wasn’t developing and was in a bit of a holding pattern; so as much as it’s a cliché; I knew I needed a change and new challenges!

“AFFINITY has enabled me to grow so much in such a short amount of time. The concentration of senior talent and flatter structure you see at indies means we all get more exposure to an amazing diversity of thinking which fast tracks your growth so much more.

“It can be very daunting at times navigating a holdco, from both a politics and policies perspective. Or even just knowing who to reach out to for support in certain areas.

“I find that independent agencies do that very well, by nature they are smaller and therefore can be busier, but they support teams, you know who to talk with. It’s a bit more of a hivemind, you know that everyone is accessible, to help with those urgent issues, get together to workshop ideas, or even just to ‘chew the fat’, whether that be the People & Culture team, the CFO, the CEO or anyone in between.”

Paul Wilkinson, head of commercial at Half Dome, spent most of his career, nearly 18 years, in holding groups before making the jump.

“I felt I needed a change but not one that led me out of the industry; I was looking for more of a side-step,” says the now head of commercial, Half Dome. “A suitable role at a leading indie agency came along, so I took it.”

He finds that working in indies give him the ability to have a real impact throughout the whole business rather than working “in your lane”.

“This allows me to learn more facets of the organisation than I have experienced in my career,” he says.

“Flatter organisational structures also provide a clear point of difference. In turn, this means there is much less bureaucracy and, therefore, the ability to be truly agile.”

“In the two to three years I have worked in indies, the only area I see that requires some focus is access to types of certain tools that holding groups have created.

“I put this mainly down to financing available to holding groups to fund proprietary tools that are not necessarily available to indie agencies on an individual level. However, the IMAA is doing a fantastic job at bridging this gap as a collective.

“Often there are a lot more layers and departments involved with a holdco/multinational which led to a feeling of being a bit isolated, despite so much going on all the time.”

Surprisingly, she says there’s a lot more support on offer. “Your input on projects as well as how to improve the business is welcomed and valued right from the start,” she says.

Georgia Urquhart-Hay, programmatic and digital campaign manager, Adholics, says both independents and holding companies have their benefits in that they offer ample opportunities for growth and unique experiences.

However, Adholics is special because “we don’t follow a prescribed strategy or model set by an overseas office.

“We have the freedom to shape the agency into the company we want it to be. We all feed into this so there is a real culture of ownership.

“In my short time at Adholics, we have already invested in capabilities and tech platforms, which have been of great assistance in servicing clients.

“This speed to market has been very beneficial to both Adholics and clients aiding us in rapid growth and setting our employees, clients, and company up for success.”

Catherine Smith, general manager, Half Dome, remembers her 7.5 years in one of the major holding groups as a fantastic experience.

In looking to move, she was attracted to the opportunity to take those big multinational learnings and bring them to an organisation actively growing and changing for the better every day.

“For me, it felt like a natural progression, and it's a great team to join from a people and culture perspective, so that part was easy,” she says.

“The indie challenges and opportunities can require you to apply your thinking differently to a holdco, and it's rewarding to see that business growth and development up close.

“However, by the nature of often being smaller businesses, and particularly during periods of high growth, teams are exposed to, and involved in, a wide variety of contribution areas such as new business pitching, people and culture policies, or product and process development that in global organisations may be largely passed down from regional or global centres.”

“Building a new media team and product from five people to now 36 - it’s been an exciting and rewarding experience,” she says.

“The ability to move a little quicker and adapt to different client needs in different ways. It’s possible within the holdco/multinationals, however it feels slower to make key changes, especially structurally if things don’t work.”

The transition has been a lot of fun but the initial six months was tough, working at an agency with more than 100 media people to a team of six wasn’t easy.

“However, it has been extremely rewarding,” she says. “Working with clients and becoming true extensions of their marketing teams, to shifting core business goals along the way.

“I feel our talent gets exposure to a lot more of the process, a lot quicker than they would in the multinationals. Within our client teams, they work across all areas of the process from strategy to executions / ad serving / reporting, so there is a lot they need to be across and understand.”

Josh Sharp, client partner, Audience Precision: “For me, it was like coming home. I started at an indie when I first started my career in media.

“The appeal of utilising my many years of experience, contributing to the growth and output in a smaller, more agile, and fast paced agency was the biggest drawcard. Also, the close collaboration between the teams is considerably better. One in, all in.

“The vibe and culture are considerably better at an indie. The pace is quicker, there are less barriers, more time to think. Decisions get made quicker and less sets of hands to get to an outcome. It’s like comparing a speedboat to a cargo ship.”