Sydney L!VE - Behind the Australian Open’s NFT and metaverse success 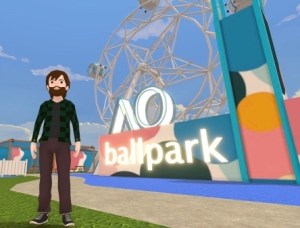 The Australian Open (AO) was in January this year the first grand slam to enter the Metaverse, with the minting and linking of 6,776 Art Ball NFTs to real-time court data.

Ridley Plummer, Metaverse and NFT project manager, Tennis Australia, said at AdNews Live: “What we knew early on was that our core consumer base will not be the person buying this [NFT] product.

“Our core consumer is a 45-year-old female, and she's not buying this [NFT] product unfortunately, although she may in the future.

“So, we knew we had to target the NFT crowd, the sort of 25- to 35-year-old predominantly male base.

“So, the project became a fan acquisition piece, rather than fan engagement or fan enhancement, we started talking to a whole new audience of 25- to 35-year-old males, and brought them into our project through the use of technology.”

As a result, the Australian Open was able to expand its audience to “people around the world that weren't otherwise necessarily engaged in tennis,” Plummer said.

But as the company started working with an additional target audience they had no experience with before, there was a lot of market research and learning to be done.

Plummer said: “We found that the NFT, crypto and web3 community want utility - and when you can't deliver what they want, they want out and they will take everyone else with them.”

To add utility, the NFT owners were given the opportunity to own a physical piece of the AO.

In the first-of-its-kind, each of the 6,776 Art Ball NFTs sold was linked to an equal 19cm x 19cm plot of the tennis court surface.

If the winning shot from any of the 400+ AO matches landed on that physical plot, the owner of that plot was able to claim and receive the tennis ball used in the championship point, in a specially handcrafted case.

The NFTs had further utility such as limited-edition wearables, AO merchandise, and other benefits which will be added in the future.

“We weren't an invisible project that existed on the blockchain, like a lot of other [NFTs],” Plummer said.

Utility should not be underestimated within these web3 communities, particularly since the NFT community is so covert to many and starting to become a lot more untrustworthy among uneducated audiences.

The AO also added utility through the Metaverse, launching the first truly decentralised tennis experience called Decentraland, a 3D virtual reality platform, allowing any tennis fan access to explore the AO, wherever they are in the world.

Again, this new form of marketing opened up the event’s audience and catered to a different demographic.

“We didn't feel it was appropriate to build our own 3D world for our typical 45 to 55-year-old female and male consumers, because we knew they were not the ones going to explore the Decentraland space since they already physically come to the OA every year,” Plummer said.

Instead, Decentraland catered to a younger demographic with performances from Steve Aoki and Tigerlily.

Taking the same model from the physical AO event, different events were held on different days to ensure consumers would return for something new time and time again.

In Decentraland, fans worldwide explored the AO online precinct, completed challenges, viewed historic AO content, and interacted with players and other tennis fans, all from their laptops for the tournament’s duration.

The event is powered by supporting partners Dentsu, LiSTNR, Pubmatic, Foxcatcher and Boomtown as well as associate partners Piano, Amobee and Resolution Digital.