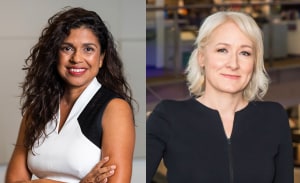 AdNews understands Gloster decided to leave Ten after the scope of her role changed since CBS acquired the business and the decision to depart was amicable on both sides.

Gloster accepted the chief commercial and strategy officer role in May before Ten had entered into voluntary administration and was subsequently bought out by CBS Corporation last month. She officially began her role in August.

The former AANA chief was brought on by chief executive Paul Anderson to shape the network’s strategy as well as to oversee digital and commercial partnerships.

Her role was created during a period of transformation and has changed since a new owner has come on board and privatised the entity.

Gloster is highly respected for her leadership at the peak advertising body and while Ten wanted to retain her, she decided to pursue a new challenge.

A Network Ten spokesperson confirmed the departure to AdNews: “Sunita has decided to explore other opportunities and leaves Network Ten tomorrow (15 December).”

Gloster was unable to comment about her departure when contacted by AdNews.

This morning, Ten revealed that it promoted long-serving director of corporate and regulatory affairs Annabelle Herd to chief operating officer, effective immediately. Ten said she will be responsible for a range of business functions.

“Annabelle has been responsible for leading Ten’s corporate position in a complex media landscape,” Anderson says.

“She is a strong and trusted leader and has the qualities for this position, both now and into the future. I am delighted that she has agreed to take on this new role.”

Herd has been Network Ten since 2004 after a career in policy, regulatory affairs and government relations. She was previously a senior adviser to communications minister Richard Alston and worked in government relations for Virgin Mobile Australia.