State of Origin highest ratings of the year, but down on last year 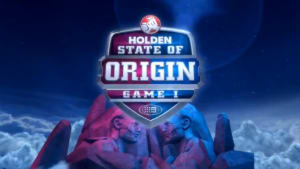 If the rumours are true and the NRL is attempting to sell the State of Origin series separately to maximise value during the current rights round, last night's highest-rating program of the year was a hell of a selling point.

The thrilling series opener achieved a five city average of 2.43 million people according to the overnight preliminary estimates from OzTAM, with a national average of 3.64 million.

The series opener was up by 326,000 viewers on the last State of Origin match last year, although that was a dead rubber.

However, the corresponding match last year garnered an average metro and regional audience of 3.98 million, meaning this year's fixture was down roughly 300,000 on a like-for-like basis.

The peak figure for this year's match was 4.17 million viewers.

The match more than doubled the nearest non-Nine competitor, with Seven News able to bring in 999,000.

Meanwhile, MasterChef on Ten still put up a very respectable 937,000 metro viewers against the Origin juggernaut, suggesting there isn't a huge crossover audience between MasterChef viewers and State of Origin viewers.

Meanwhile on Twitter, the #stateoforigin match had unique impressions of 5.2 million with a unique audience of 223,000, according to the Nielsen Twitter TV Ratings.

Origin garnered Nine a 44.4% share of the metro market for the night, with Seven coming in with a 21.3% slice of the market. Ten grabbed a 17.2 point share while the ABC grabbed 12.4 points.