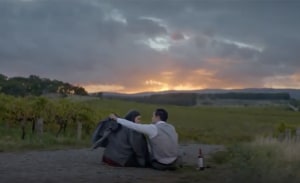 The South Australian Tourism Commission (SATC) has launched a campaign showcasing the incredible natural locations from around the state For Those Who Want a Little More, as Australians continue another year replacing international holidays with domestic travel.

The campaign highlights the diverse and awe-inspiring locations across South Australia that have seen a surge in interest from domestic travellers in the past 12 months.

From the heights of Wilpena Pound to the expansiveness of Sellicks Beach, Australians have found a renewed love for domestic tourism, and are looking for new and undiscovered experiences as they continue to holiday at home.

New data from SouthAustralia.com shows a significant year on year increase in the number of direct leads to the South Australian tourism operators featured in the campaign.

These off the grid destinations and distinctive experiences reinforce the campaign premise – that Australians are searching for A Little More.

“From pink lakes to underground wonderlands, South Australia has so many incredible and curious destinations that reward wonder and are attracting visitors from across the country, as they look for overseas holiday alternatives,” Harrex says,

“In a year where we’ve seen a record number of visitors head into our state’s regions, it’s fantastic to see special and remote locations like Wilpena Pound in the Flinders Ranges reach the number one most-clicked destination on SouthAustralia.com.

“For those who want a little more is an invitation to all Australians who are seeking something more than the typical holiday destination.The campaign has been developed to show potential travelers across the nation what makes South Australia so unique, and what they can discover if they want to create an unforgettable experience while holidaying at home.”

Also starring in the new campaign are several proud South Australians, including local Adnyamathanha people of the Flinders Ranges, who worked in partnership with the SATC to capture the region and showcase their story.

The SATC also worked with young Texas Wilson and his brother JR, from regional South Australia, who are shown highlighting one of the accessible tourism activities available in SA – this one filmed on the iconic Sellicks Beach on the Fleurieu Peninsula.