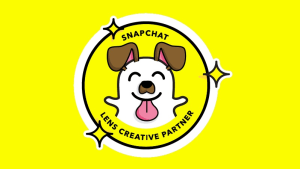 Snapchat has recruited some of the world's biggest ad agencies to join its augmented-reality Lens creator programme in a bid to get augmented reality into the hands of more brands.

Australian partners include TBWA Melbourne, VMLY&R and Clemenger with R/GA, Grey and Isobar onboard globally. Even Martin Sorrell is on board with the programme, with his content shop MediaMonks listed as one of Snapchat's agency partners.

More than 30 creators across the UK, US, Canada, Asia and LATAM have been using Snapchat’s Lens Studio and are part of the Lens Creative Partners program’s initial group. Snap, the parent company of Snap, said it will expand into other regions shortly.

The social media company said intends to add over 100 additional creators over the next several months.

Snapchat’s AR camera features are a cornerstone of the app and the partner initiative is a way to give brands easier access to expert AR ad creators regardless of budgets and location.

It claims that more than a third of its 186 million daily active users play with AR Lenses on the app each day.

Lenses were launched in 2016 and prompted a slew of brand activity from the Australians brands like McDonald's, Myer, Cadbury and SurfStitch.

Snap has been building its ad offering over the last 18 months to lure more advertisers to the platform, most recently launching Snap Pixel, unskippable ads and growing its programmatic offering.