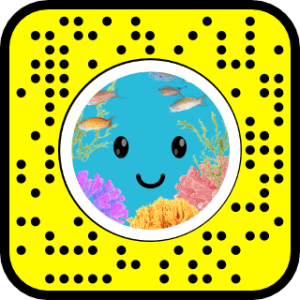 Snapchat has partnered with the Great Barrier Reef Foundation to launch a global campaign to help protect the reef system from the impacts of climate change.

The world’s largest living coral reef system is under threat from climate change with marine heatwaves triggering three mass coral bleaching events on the Great Barrier Reef in five years, reducing shallow-water coral reefs by as much as 50%.

In the campaign, which uses Augmented Reality, Snapchat and the Great Barrier Reef Foundation have launched a global call to action that will raise awareness, drive action and help the Foundation achieve its goal of planting a million corals this summer.

Millions of global Snapchat users are encouraged to use the app’s camera to share an environmental pledge in AR via a unique Water Segmentation Lens. The Lens demonstrates the impact of climate change on the Reef and how Australians can act to help protect it.

Snapchatters around the world will also be invited to take a pledge via an AR Face + World Lens, as well as the Water Segmentation Lens.

Once users swipe up on the Lens, they can help plant a coral by filling in their details and joining the Reef community.

The Foundation aims to plant 10 million heat-tolerant corals on the Reef by 2030. The activation will be amplified globally with a Face + World Lens through the Snap Map, giving 306 million daily Snapchatters the opportunity to experience the Lens and share their pledge in AR. 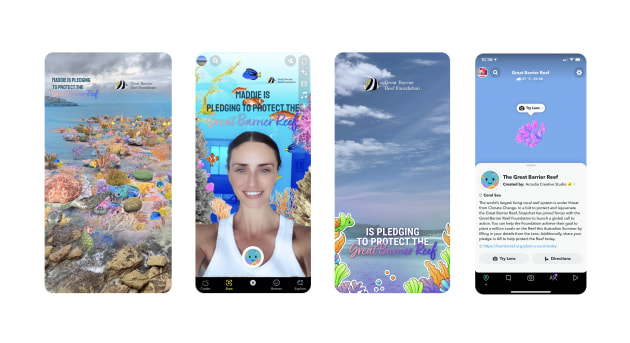 “Young Australians care passionately about combating climate change, and will also experience its worst impacts in the future if we fail to act now. Given our significant reach with this younger generation, we have been conscious of supporting action on climate change, both through our science-based global Climate Action Plan and local partnerships,” says Snap general manager for APAC, Kathryn Carter.

The Great Barrier Reef has been listed as a World Heritage Site in Danger by UNESCO, and Australia’s progress report on the reef is due to UNESCO in February 2022.

“We know that everyone cares about our Great Barrier Reef so, together with Snapchat, we’re driving awareness and action to help protect it. Climate change is the greatest threat to our Reef and this is the critical decade in which to act with urgency,” says Great Barrier Reef Foundation managing director Anna Marsden.

“However, emissions reduction alone is no longer enough to guarantee the survival of the Reef, so we’re working to help the Reef resist, adapt to and recover from the warmer temperatures that have already been caused by climate change.”