SMI - ‘We’re through the worst of the COVID crisis’ 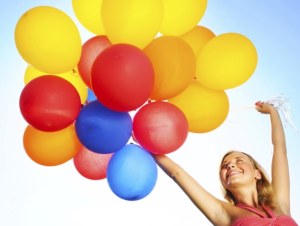 The market was down just 4.8% in October, a long way from the depths of the pandemic in May when the SMI (Standard Media Index) showed a record 40.4% drop in ad spend.

And forward bookings confirm November and December ad demand is well above where it was at the same time last year.

The October market was boosted by the move of the AFL and NRL finals and Grand Finals into the month which resulted in a 12.7% increase in television bookings.

Digital bookings were stable, down just 0.4%, mostly due to soaring advertising demand for social media sites (+45.5% in October) with each of Facebook, Snapchat, TikTok, Pinterest, Twitter and LinkedIn reporting growth of a minimum 34% compared to October 2019.

The stronger market demand is continuing with early November data showing the market so far back 7% with a week of trading still to come.

“The October SMI data has confirmed the ad market is well and truly leaving the COVID crisis behind, while future demand is also quickly accelerating in both November and December,’’ says Jane Ractliffe, SMI AU/NZ’s managing director.

"We’re definitely through the worst of the COVID crisis."

Forward pacings data, which compares the current level of confirmed future ad spend to that at the same time last year, shows November advertising demand is already ten percentage points ahead of where it was in 2019.

For December the level of confirmed ad demand is now 12 percentage points higher, the highest increase in demand recorded by SMI.

However, the TV market in November is affected by a few timing issues which helped its early 14.2% increase in ad spend with the month featuring three highly competitive State of Origin matches that were broadcast in June/July last year. But there was also no cricket broadcast this November but it featured last year.

“The early signs for November are very encouraging and show the market is now on the cusp of returning to growth as there was a week’s trading still to occur when that early November data was collected. So we maybe reporting our first month of growth in more than two years next Month,” says Ractliffe.

Within the traditional media, regional TV (+8%) and regional radio (-2.7%) were the strongest performers.

Among the key categories, the largest gain in October was from the Food/Produce/Dairy category (+42%) but COVID continues to affect other key verticals with travel ad spend back 76% and the Movies/Cinema/Theme Park spend down 87% year-on-year.