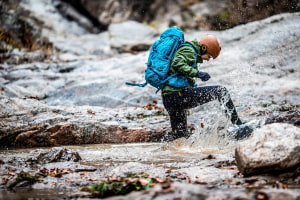 Media agency bookings have continued to recover from the COVID-19 pandemic, with a reduced year-on-year decline of 2.6% to $557.9 million in February, according to SMI figures.

The latest numbers, which include IPG Mediabrands data, mark a “two-speed recovery”, with TV returning as the largest media for the month after temporarily losing the title to digital in January.

TV delivered the strongest growth with total bookings up 8.5%, led by metropolitan TV, up 12%, which was buoyed by the delayed Australian Open.

Digital ad spend grew just 1.2% in February and reported patchy demand with strong growth in ad spend to social media, up 12.3% and video sites, up 12.7%. However, the value of ad spend to the largest digital sector of search fell by 8.4%.

“But this month’s advertising trends would best be described as patchy given the varying trends across the key Digital and Outdoor media.

“Key Outdoor sectors such as Aviation and Transit continue to be affected by COVID given fears of travel disruption, while in the Digital media there was also a large decline in spending onto comparison websites as well as Search.’’

Ractliffe said the slowdown in digital’s growth was surprising given it has reported double digit gains for the past four months.
“But this month we’ve seen a large decline in finance-related spending across the Digital media, while other key categories such as Restaurants and Travel also dented overall Digital demand with reduced ad spending,’’ she says.

“On the positive side, another interesting trend emerging in Digital is the return of spending to premium Content Sites with the total up 7% in February as companies such as NEC, News Corp, Spotify, ViacomCBS and eBay all enjoy strong growth in the value of their directly sold inventory.’’

Ractliffe says this should be the last month of lower ad demand as SMI’s Forward Pacings data shows the entire market will be reporting growth from March given the depths of decline experienced last year.