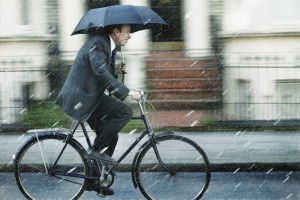 The adspend canary appears to be lifting its beak higher.

The SMI (Standard Media Index) numbers show a dip of 3.1% in September to nearly $650 million, the 13th month of falls.

For the calendar year so far, Australia is down 4.7% compared to the same nine months in 2018.

However, the aggregated media numbers in September show outdoor up 9% for the month to be more than $100 million for the first time.

This may have been aided by an extra Monday in the month which pulled some October revenues into the spend.

Media companies also seem more positive about the outlook for the Australian market with their total investment in advertising their own content inventory up 59% in September.

In New Zealand, media agency advertising rose 15.1% to break through the $100 million mark for the first time in a September month as the Rugby World Cup and local elections fuelled demand.

SMI AU/NZ Managing Director Jane Ractliffe says the impact of the Rugby World Cup was clearly evident in NZ where it prompted a 22.4% increase in NZ Television ad spend.

"The Rugby World Cup has also had some impact on Australian Television revenues, with the Metropolitan TV sector reporting its strongest month in a year, and that’s despite the absence of the NRL Grand Final revenues this September,’’ she says.

The NZ market also benefited from the start of local council elections in September, resulting in the Government Category emerging as the fastest growing.