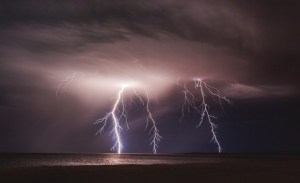 Media agency bookings fell 35.4% to $331.13 million in April, according to final numbers from the SMI (Standard Media Index).

The 20th month in a row to record a drop in agency bookings was sharply lower than in March which posted a 10.6% drop.

The level of decline is almost twice that seen during the depths of the GFC, says SMI AU/NZ managing director Jane Ractliffe.

The previous largest ad spend decline reported by SMI was a 19% fall in April 2019.

Analysts at the SMI say the fall in May could be similar, mostly due to the loss of AFL and NRL matches which normally attract premium television ad spend.

"Australia’s advertising economy suffered the full force of the COVID impact in April as it was the first full month in which our economy was in partial lockdown," she says.

"Clearly this decline is far larger and was also more sudden than the GFC which evolved over a few months.

"In contrast, the COVID lockdowns occurred within weeks of the virus’ potential danger being realised, so it’s had a more devastating impact on media which had no time to prepare for such an extreme loss of revenue."

Outdoor bookings, with Australians at home in social distancing to protect from the coronavirus, fell 60.6% in April.

Domestic Banks added 16% and the government was up 20%.

Ractliffe says large categories such as travel advertisers simply stopped most of their spending due to the COVID restrictions.

Travel alone cut ad spend by $20.2 million and the closure of all cinemas meant no ad spend.

However, Ractliffe says SMI’s Forward Pacings data was looking more positive in June, with 32.5% of the value of last June’s ad spend already guaranteed which is a 4% improvement on the level of future demand evident at the same time last month.

"And we can already see in June that product categories such as health insurance, online media and savings/deposits have already guaranteed to spend more on advertising in June 2020 than they did in June 2019 so there’s clearly some green shoots already in the market,’’ she says.

The sharp contraction in April demand has now pushed the market back 14.8% for the January – April period and by 9.3% in the financial year-to-date.

An historic view of ad spend: