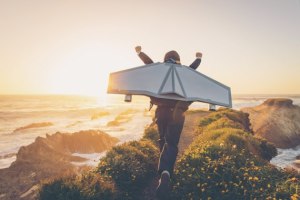 Ad spend fell a record 40.4% to $345.6 million in May, according to the latest SMI (Standard Media Index) numbers.

That represents a fall in corporate advertising expenditure of $234 million and puts the Australian market on track to see more than $700 million wiped from the advertising market in just the April to June period.

May is the 21th month in a row to record a drop in media agency bookings, according to the SMI data.

All major media are reporting large double-digit declines in May following the trend first set in April when ad spend fell 35.3%.

And if we add back the Political Party/Union/Industry Assoc category ad spend that abnormally boosted the May 2019 market, May's decline is even larger at 43.8%.

SMI AUNZ managing director Jane Ractliffe says the decline is far worse than anything ever experienced, with many significant product categories pulling the vast majority of their advertising budgets in May.

"In May last year the Travel category was the market’s fifth largest but this month its plummeted to 30th position after a shocking 92% fall in ad spend as the industry shut down," says Ractliffe.

"Similarly, the value of bookings from the Live Entertainment category slumped 95% and even the large Automotive
Brand category reported a massive 62% fall in year-on-year bookings." 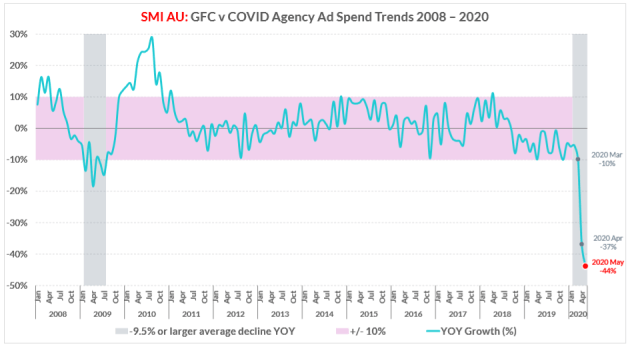 The only bright news among the larger categories came from Domestic Banka which continued to boost its media investment – this month by 6.2% - as it continued to communicate its relief packages and assistance to its customers.’’

And Ractliffe says there was some other good news, with the market returning to a more normal position in the months of July and August, with SMI’s forward bookings data clearly showing far stronger demand for those months.

"Given the difference in demand in May was more than 40 percentage points this shows the market is clearly regaining confidence,."

The continued decline in Australian ad spend now means the market’s decline for the January – May period has reached 21.3% while for the financial year-to-date the decline is 12.6%. 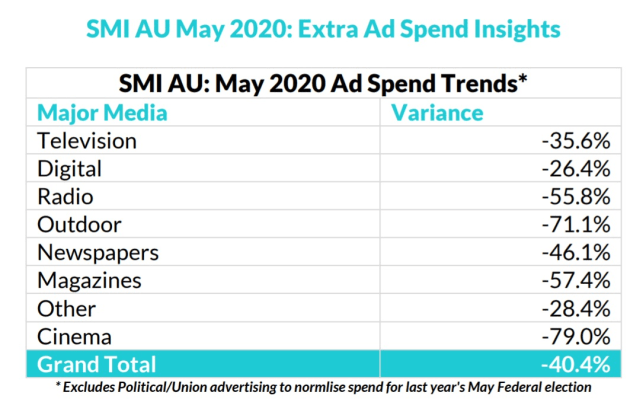