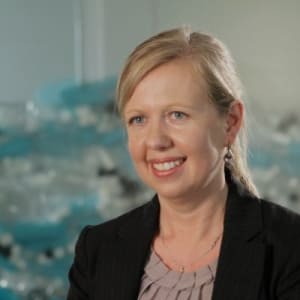 Seven West Media (SWM) has scooped up Rowena Millward to serve as its director of client partnerships, a newly created role, pinching her from FMCG giant Johnson & Johnson.

Millward has served brand side with organisations such as Procter & Gamble, Berri, and Coca-Cola, but has most of her experience with Johnson&Johnson.

SWM said the appointment would add an increased understanding of client needs to the sales team.

Chief revenue officer at SWM Kurt Burnette told AdNews that the appointment was aimed at seeing what it could do differently in the market.

“The question we wanted to answer with this role is if a highly experienced marketer had the Seven West Media assets and its power at their disposal what would they do differently?,” Burnette said.

“We believe a deeper and different understanding of our customers' needs will deliver even more relevant and innovative responses to those needs.”

Burnette also noted that while its sales team had been doing well, it could only do so much in understanding client-side challenges.

“The teams are doing very well, but we are media experts, not marketing experts. If you want the experts you have to bring in the experience, in whatever discipline you are trying to better understand,” Burnette said.

Burnette played a dead bat to suggestions that SWM could seek to beef up its organisations with more talent from client-side, but said that it would seek to evolve alongside the market.

Millward said her appointment in the new role would help in creating an “end-to-end” sales pathway.

“For the first time, it will bring together the different and specialised knowledge of both marketers and Seven West Media, to create powerful 'end-to-end' marketing communication that drives measureable commercial outcomes,” Millward said.

“This new partnership model will help marketers better understand how to harness the full value of Seven West Media beyond just media, including more extended and integrated ideas, content and production, which makes Seven West Media a powerful ‘one stop shop’.”

Millward will start in the new role on 1 May.