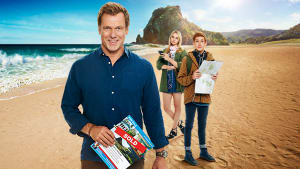 Australian drama series 800 Words has already proved a hit with viewers, with the Network Seven series picking up 1.19 million metro viewers according to the overnight OzTam ratings.

In its second week, the drama, starring renown Australian actor Erik Thomson, was the top watched show of the night, but was slightly down from its series debut figure of 1.21m metro viewers.

Nine reality series, The Block was the eighth most watch show of the night with 858,000 viewers while Seven's new quiz show The Chase, which started last week, was the 12th most watched show on 642,000 viewers.

Meanwhile, Ten reality series TBL Families was the 19th most watched show of the night, with 530,000 viewers.