Seven's James Warburton: 'With or without the Olympics, we've won' 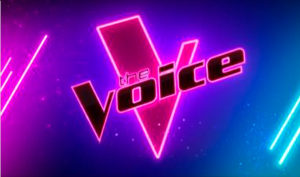 James Warburton, CEO, Seven West Media: “It's great to be back at #1."

The Seven Network reclaimed the title of Australia’s #1 television network.

Seven says that across the calendar year – which measures every day of 2021, including the Olympics – the network is dominant, ranking #1 in total people, 16 to 39s and under 50s.

James Warburton told AdNews: “It's a pretty big moment to go back to leadership. It's something we've been aspiring to do.

“And the fact is, with or without the Olympics, we've won in total people for the year. Effectively more people have watched the Seven Network than any other network over the course of the year.

“To be back from a content point of view is something that we're really proud of.  That will mean that we've won 13 in the past 15 years, which is pretty extraordinary when you think about it … our fall from grace was pretty brief.

“7plus is number one in BVOD for the second year in a row. And again when you think about our digital earnings a few years ago, we had I'll say $6 million of digital earnings. And here we are in the year that we are about to earn more than $120 million dollars in overall digital earnings.

“We've got great momentum, confidence, and the shows Australia wants to watch. And we've been able to do it without our full programming schedule. We lost key productions this year to COVID lockdowns, yet despite those setbacks we were strong enough for long enough to get the year over the line.

Seven’s Director of Network Programming, Angus Ross: “We have had an outstanding year and are thrilled to be back on top.

“Our successful schedule of exciting new and proven content across television and 7plus has captured more viewers and delivered stronger demo share growth than any other network.

"Next year promises to take Seven to the next level as we bring Australian audiences more must-watch entertainment, news, sport and two of the world’s biggest events: the Winter Olympics and Commonwealth Games.”

Seven West Media Chief Revenue Officer, Kurt Burnette: “Our stellar year has delivered exceptional results for our partners in 2021 and next year will be even bigger.

"By returning to #1, we’ve proved that no other network has the powerful mix of premium sport, entertainment and news content that brings Australia together and connects with viewers through unmissable moments.

"Our incredible line-up can’t be matched and Seven is here to stay as Australia’s number one network.” 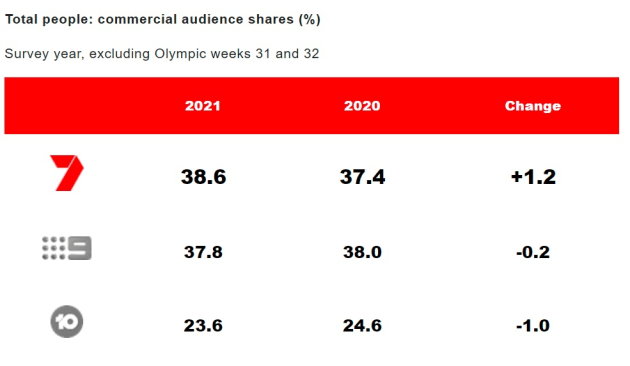