Seven adds another streaming partner to 7plus platform 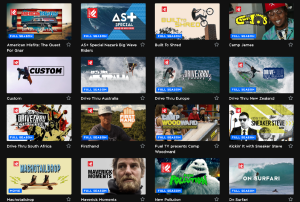 Fuel TV Australia and Seven have signed an agreement that will see a 24/7 streaming channel running on the 7plus platform, as well as dedicated block programming on 7mate.

As a now independent business, Fuel TV is seen in more than 103 countries, broadcast in five languages to more than 770 million homes.

“We are proud to be aligned with such a progressive network as Seven. We look forward to adding to their action sports credentials and showcasing the sports and culture we love as we head towards a pivotal time in action sports with the inclusion of surfing and skateboarding in the Tokyo 2020 Olympic Games," Fuel TV managing partner Jay Palmer says.

The channel was born in the US, being founded by Fox Sports Media Group (NewsCorp Nasdaq listed), reaching 40 million homes in the US by 2013. Fuel TV Australia is a joint venture initiative with Fuel TV global.

This is the second deal of its kind to be inked by Seven in the last month, with documentary and current affairs streaming platform iwonder entering into a licensing deal with the network to air its own dedicated programming on 7plus.