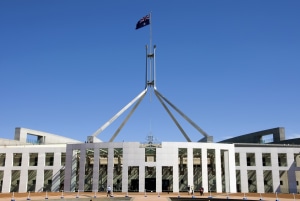 A Senate inquiry has backed the government's planned law governing payment by Google and Facebook to publishers for using premium Australian news.

The recommendation supporting the bill makes it more likely the federal parliament will pass legislation requiring digital platforms to pay for news.

The Senate committee had one recommendation:

Despite the concerns raised by various submitters and witnesses, the committee is confident that the bill will deliver on its intended outcomes. Its provisions will provide the basis for a more equitable relationship between the media and Google/Facebook and, through this, help safeguard public interest journalism in Australia. Accordingly, the committee recommends that the bill
be passed.

The inquiry took evidence from the media and from the digital platforms to formulate its inquiry report.

The news media bargaining code aims to address the “unequal bargaining power” between Facebook and Google and govern how the tech giants will pay news companies for their content.

The Senate report says: "The innovative nature of the bill reflects the growing international recognition that public interest journalism is a public benefit that is being undermined by the internet and that new legislative frameworks are required."

The legislation now goes to Parliament for a vote.

A Nine spokesperson: “We welcome today’s Senate committee report which again highlights the need for action to level the playing field between Australian media and the global tech monopolies and ensure the ecosystem remains sustainable for those who create journalism.

“We want to thank the ACCC, the government and the Parliament who have all now examined the issues at play exhaustively. Now is the time for action and for the media code to be legislated.”