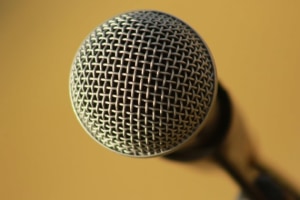 SCA posted a 91.6% rise to $48.1 million in net profit after tax for the year to June as the broadcaster cut costs and rode the post pandemic surge in ad spend.

The recovery in media markets delivered a 16% improvement in group revenue in the second half compared to the same six months the year before.

CEO Grant Blackley: “With debt at historically low levels and a leaner operating model, these results put us in a strong position to invest for the future as well as to resume payment of fully franked dividends to our shareholders."

SCA will pay a fully franked dividend of 5 cents a share.

“The launch of LiSTNR in February was an exciting moment for SCA, and our progress since launch has only added to the excitement," says Blackley.

"LiSTNR is scaling quickly with a growing community of signed-in  listeners exploring and enjoying the range of premium live and on-demand audio content.

"Listening  to podcasts on LiSTNR has grown 200% in the five months since launch and, from a zero base,  listening to live radio now matches podcast consumption. We expect this momentum to support  further growth of 75% to 100% in digital revenues during FY22."

Blackley says the Australia-wide network of 99 AM, FM and DAB+ radio stations remains the creative core of SCA but with a new digital-first mindset.

"With audiences increasingly choosing to listen via digital means, our teams are finding ways to make it easy to enjoy our radio shows, podcasts, music playlists, news and other local updates on LiSTNR and other platforms," he says.

"While this result benefited from government support in the first half of the year, it also reflected the relatively quicker recovery of television advertising markets and SCA’s market-leading sales performance.

“Our transition to Network 10 programming from July 1 has been seamless. Subject to the performance of television markets, we expect the change of affiliation to be earnings neutral in the year ahead."

SCA, after Nine switched its affiliate association to WIN, now has Ten’s programs for its regional broadcasting.

SCA’s share price fell as much as 20% when news broke of its loss of television affiliate status with Nine. But the loss of  Nine was of little financial impact on SCA and the share price recovered.

Summary of the results for the year to June 2021: