SBS reveals research into advertising stereotypes for over 55s 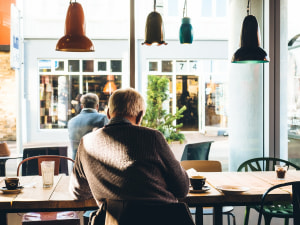 New research into Australia’s growing ageing population has revealed that consumers aged 55 years and older don’t believe that brands cater for them in their advertising despite controlling more than half of Australia’s wealth.

Undertaken by RMIT University and commissioned by SBS, the research also found that this demographic rejects advertising that insults their intelligence, and campaigns which perpetuate stereotypes of older people, including the use of terms such as ‘silver’, ‘mature’ and ‘senior’.

SBS director of media sales Adam Sadler says the number of Australians over the age of 55 is growing significantly each year, now representing more than 25% of the population.

He added that despite controlling the most "significant portion" of Australia’s wealth, they are rarely targeted by marketers.

“This new research tells us that this group are not only open to trialling new brands, but also have strong purchasing power across other demographics for a range of product categories, including recreation, food and drink," Sadler says.

“Marketers in Australia and globally simply can’t afford to ignore this sizable demographic, and can benefit from a clearer understanding of insights and spending behaviours.”

Based on in-depth interviews, a review of existing research and analysis of secondary data, the research highlights that;

“Age is just a number, and with such a large chunk of Australia’s wealth controlled by this demographic, it’s positive that stereotypes and ageism in marketing is getting the attention it deserves," GroupM ANZ CEO Mark Lollback says.

"It makes sense for advertisers to want to better connect with this audience by tapping into the full range of interests and attitudes, move beyond one-dimensional segmentation and develop sophisticated media strategies that ensure they get the right message to the right consumer at the right time.”