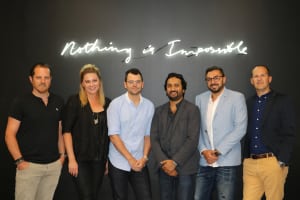 Saatchi & Saatchi is using its Melbourne office as ground zero to test an "experimental" new agency model that scraps linear functions and instead builds teams around the functions of developing and making.

Cochrane told AdNews that now the leadership team is in place, the agency is able to move to its second phase of development, in building up the agency around a more experimental model.

“The future is about solving clients' business problems through great ideas. That's not going to change, but how we get there is gong to be less linear, more beta mode and more real-time,” Cochrane said.

“So the model is about getting rid of as many linear departments as possible and really focusing on the two components of what clients value – developing the idea and making the idea.”

Under the model, the agency is physically grouped into teams of developers and makers who work on the idea accordingly. Cochrane said the developers and makers model was conceived by Saatchi & Saatchi Australia CEO, Mike Rebelo, and his team and was about to be rolled out in the Sydney shop when the opportunity to build a Melbourne agency came along. Rebelo revealed that if the model is a success in Melbourne it could possibly be rolled out in Sydney.

“Trying to take that model and apply it to a business that is already up and running with 125 people on four floors that move at lightning speed is challenging, but it was something we were about to do,” Rebelo said.

“But then we started Melbourne and thought, let's do it there first, get some learnings and then we can apply it to Sydney. For us, it's a startup. It has no legacies, you've got a clean sheet of paper and you can change things and be more fluid and agile.

“It's really based off the journey an idea goes through in a company and making sure everyone is quite clear on their role or their added value on that idea.”

The other important part of the agency's structure, Rebelo says, is that it's built as one national offering under a single P&L. While each branch of the agency has a full suite of competencies, they are borrowing staff and specialities from one another.

“The proposition for Melbourne is that we have a great team here, and for clients it's their team, but they also have the full bench of Saatchi,” Rebelo said. “We're geographically agnostic.”