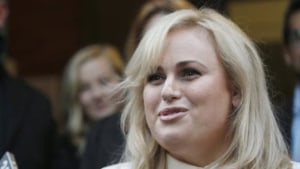 Australian actress Rebel Wilson will continue her legal battle with Bauer Media, taking the long-running case to the High Court of Appeal.

News Corp reports  that Wilson has applied for special leave to fight the Victorian Court of Appeal's recent decision, which ordered the actress to pay back $4.1 million of the $4.5 million damages  awarded to her in September 2017.

The High Court is the last legal option for Wilson and leaves Bauer with three weeks to provide evidence as to why the Court shouldn't consider her appeal.

If the Court refuses to hear the case, Wilson will be required to pay back the full amount and will be unable to pursue Bauer any further.

Wilson’s landmark defamation payout was slashed to $600,000 as a result of the most recent ruling, but Bauer had already paid out the larger sum.

The actress was originally awarded the full amount – the largest defamation payment ever awarded by an Australian court – for a run of stories across Bauer titles Woman's Day, NW and Australian Women's Weekly in 2015.

Wilson – who had previously not disputed returning the money, which she said was earmarked for charity – has argued about the timing and calculation of the interest payments.

“We are considering the issues raised by Ms Wilson and our position in relation to them.”