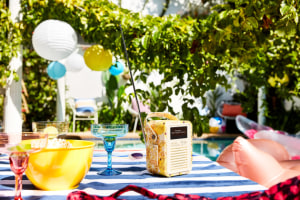 The commercial radio industry has launched its largest campaign for DAB+ digital radio since the service started 10 years ago in Australia.

The first phase of the consumer-facing multimedia campaign, created by Eardrum and The Production Group’s director Andrew Garrick, will run in December and January.

The work was commissioned by radio industry body Commercial Radio Australia (CRA) on behalf of its members which includes Southern Cross Austereo, Nova Entertainment and ARN.

“DAB+ provides additional diversity in both broadcast content and the ways in which all radio content can be consumed, giving people what they want, when they want it.”

The radio spots will air in all metropolitan and regional markets where DAB+ is broadcast, while the video content will primarily run on digital and social platforms, including catch-up TV.

According to GfK Radio Ratings, more than 4.2 million people listened to DAB+ radio in 2018, up from 3.6 million in 2017, with 5.4 million DAB+-enabled devices sold. The new campaign hopes to boost figures in these areas.

A second phase for the campaign is planned for 2020.