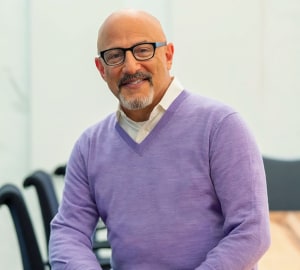 Transparency in the adtech space has come a long way, says Pubmatic CMO Jeff Hirsch, as the ACCC puts a renewed spotlight on the topic.

Speaking to AdNews, Hirsch, who is also the company’s chief commercial officer, says while there remains a push to improve transparency in the supply chain, he thinks of it as an issue, not a problem.

“One of the reasons why I would say it's not necessarily a problem is because advertising is working,” he says.

“So I just look at it and say well it's something that needs to be fixed, but things aren’t broken, people aren’t being hurt.”

Last week the Australian Consumer and Competition Commission (ACCC) turned its attention from tech giants to adtech and media agencies in its Digital Platforms Inquiry, recommending an inquiry over “opaque” pricing.

Publishers themselves have expressed frustration over the issue, with The Guardian calling for a new “programmatic regime” in its submission to the ACCC Digital Platforms Inquiry, suggesting a “programmatic receipting” system to track advertising dollars.

While acknowledging the challenges publishers face, Hirsch says Pubmatic has been working to improve transparency and while he sees a desire from other industry players to do the same, it remains complicated.

“One of the things that's interesting in the space is that there's so many players along the chain from buying and selling that it's hard to have a clear picture of what happens with a dollar when it starts to when it gets to the publisher,” he says.

“Our part is more of the last part, we’re the platform for publishers to access inventory. So we can be as transparent as we can but it makes it hard for everybody else because there's so many players.

“It comes down to each one of us spending the time to show what we're doing and explain it to people and help them understand it.”

Growth in video advertising
The adtech space has had mergers acquisitions in recent times, but Pubmatic has been on a period of growth, nearing the end of its goal to increase its global headcount by 20%.

“A lot of that growth is in engineering because we're building out our video and mobile app capabilities, along with some in APAC as well,” Hirsch says.

“Video is evolving in this space and it's interesting because in some ways, and not just in Australia, video is behind what's happening in display. Display went through a dramatic change when header bidding was introduced and video hasn't gotten there yet.

“So the big shift that we're going to start seeing is that auction dynamic will start happening in video which will change the economics of video like it has for display.”