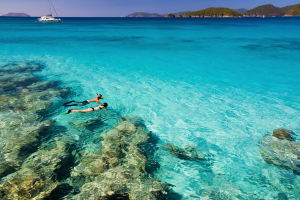 Travel giant Expedia is reluctant to invest further in programmatic due to the current inefficiencies in the marketplace, and the relatively small cut publishers get from inventory traded programmatically.

Expedia’s director of brand marketing, Vic Walia, explained that the brand’s current marketing split sits at around 80% TV versus 20% digital, and of that digital spend 20% is currently traded programmatically.

“The industry has shared data about how much money goes to the publisher, and I’ve done the exact same analysis internally with our campaigns over the past 18 months, and I’ve come up with the same number.

That is, 40 cents on the dollar is what the publisher sees and 60 cents goes to all the vendors along the way. Because of that, programmatic today is still largely inefficient,” Walia says.

Until there’s some industry consolidation and technological advances, he doesn’t see a way for Expedia to change its model.

The inefficiences in the cost-structure is what is forcing brands to build programmatic capabilities in-house, he added.

“I firmly believe there needs to be some consolidation, if there isn’t going to be, then players like Expedia and other tech leaders will have to go and build things in-house,” Walia says. “If you’re an aggregator like Expedia, who’s selling someone else products, you’re working off a different margin base.

“So for me, it’s the 40 cents on the dollar that is troubling, this change will come because of advertisers like Expedia who are dealing off thin margins and need the commercials to change,” he added.

Brands taking programmatic in-house is nothing new, but hearing a global multibillion-dollar company like Expedia air its grievances about the current set-up serves to highlight the fact that something is broken in the process and needs fixing.
Brands should know exactly how many cents in the dollar flow to a publisher and how many to middle-men, and if it’s not satisfactory - the repercussions of this ticket clipping are clear.

While vendors may not agree, others would, with Foxtel, CommBank, Lenovo and Qantas’ Red Planet as a few examples. Last year’s AOL survey on the state of the European video marketplace which revealed just under a half of brands surveyed said they had moved some of their programmatic video buying capabilities in-house, with another 47% of brands saying they plan to do so in the next 12 months.

Not all clients have the cash, clout or desire to bring the tech in-house, and not many can build the complete tech for programmatic trading in-house - but if clients like Expedia are feeling ripped off, shouldn’t vendors have a plan B? Something to stop a possible future exodus of clients?

It’s not that a mark-up isn’t warranted, as any service needs to be paid for, but if brands feel the gap is too big a new way of balancing client demand and expectation needs to be found.

The ecosystem needs to become transparent, in terms of revealing how data and costs are shared. However, many players are probably reluctant to do so.

If this doesn’t happen then someone will start a more transparent business because customers demand this and those that do will be rewarded.