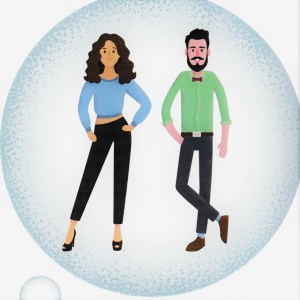 In May, AdNews teamed up with data consultancy Magic Beans to survey our readers about diversity across adland. The response was genuinely phenomenal and we were blown away by the level of participation. That information was handed to Magic Beans who ran it through their machines, cast an expert eye over it, and dished up the following. Turn's out that adland is, as you might have expected, living in a bubble....

Before you delve into the details, take a look at a video summary:

Sitting comfortably in the office? Take a quick look around at your colleagues (not in a creepy way, of course).

According to our hot-off-the-press ad industry survey, you’ll be looking at predominantly white, affluent young guys or women – most without kids, private school educated and with a waft of UK accents in the air.

It seems we’re still living in a bubble and so the troubling question remains: if we represent only a minority of Australians, how can we successfully communicate with the majority?

Most of us choose to live in the affluent suburbs of Sydney and Melbourne. And that choice isn’t based on the ease of  commuting to the office.

For example, Bankstown to Central is only half an hour on the train, but adlanders choose areas like Manly that is up to an hour away on a combination of transport.

Considering most agencies are also in the affluent inner city, this means we both live and work with people just like us.

And while Canterbury and Bankstown host 16% of Sydney’s total population, only 8.81% of respondents in our survey called these places home.

Still, it’s not just where we live that challenges us geographically. Where we’re from also adds to the bubble effect. While 71% of survey respondents identify as Australian, 12% of adland speaks with an English accent, whereas Australian Bureau of Statistics (ABS) data tells us that only 4.5% of the entire Australian population does.

What’s even more alarming is that only 10% of survey respondents had an ethnicity other than Australian, British, South African or Kiwi, compared to 20% of the Australian working population.

No industry for old people

Compared to the rest of Australia’s workers, adland is mostly made up of 25-to-35-year-olds.

Interestingly, there are more women than men until the age of 54, when women all but disappear from the game.

While males dominate management roles there are more females in delivery roles. But we all know that.

Even though this concern has been raised many times in the past, perhaps most notably by industry equality campaigner Cindy Gallop, there’s clearly much work to be done to ensure gender – and age – balance in every department.

Ever worked on a campaign aimed at mums? Okay, who hasn’t, but how many of us really know what we’re talking about?

According to our survey, not many.

ABS stats say that 11% of Australia’s workers under 30 are parents. But in our results, not one person under 30 had kids. Not one.

For an industry that skews female among its younger cohorts, this is hugely surprising. And it raises a number of questions. Firstly, are we an industry that forces women to defer having children? Or does this business only attract people who already have this mindset?

As more and more agencies look to offer competitive workplace benefits such as parental leave and flexible hours, what can we be doing to support mothers or show younger women how to combine a career and family?

When it comes to education, we in adland are more privileged and go higher.

30% of us went to a private school compared to just 19% of the general population. More than half of us hold at least a bachelor degree, compared to only 21% of the wider population – that’s more than twice as many. And only 12% of ad industry professionals finished their education at Year 12 compared to 32% of all Australians.

Apparently, there are as many Jedis and pagans in advertising as there are people who identify as orthodox or Buddhist. 60% of our respondents of all ages selected “no religion”, double the Australian percentage when compared to ABS data. This peaked at 65% within the 24-to-29-year-old age bracket.

There is one result to really celebrate. Adland over-indexes by 300% for diverse sexual identities. Nearly 9% of us identify as LGB compared to 3% of the Australian population recognised in ABS data. And most of those are 18 to 34, while 35-to-54-year-olds also represent. This makes us a more embracing, inclusive culture than most.

And if we don’t truly reflect Australians, how can we connect with them? We need to make new connections to change our gene pool and maintain our relevance – something our clients will notice.

At the same time, we need to be able to attract the best talent and keep them throughout changing life stages.

At Magic Beans, we already practice initiatives that go against the norm. Every one of our mothers has a flexible working arrangement, we promote diversity and our gender balance is approximately 50/50. But that’s a rarity.

Clearly, our industry needs to move away from the white, middle-class, male image we keep perpetuating. Only then can we be confident we’re communicating in an empathetic, genuine way to our target audiences, whoever they may be.

In the next two years, we plan to run our survey in order to create Diversity Index of Australian adland, hopefully reflecting positive changes. Stay tuned.