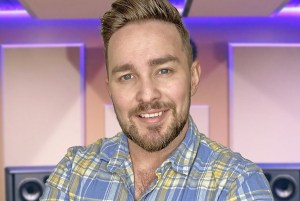 PodSpot Studios is a collaboration between Matthews’ podcast production company PodSpot and the ASX-listed WOTSO Property (ASX:WOT), which owns and operates a portfolio of flexible coworking spaces.

Matthews, who doubled-down on podcasting after leaving his post in commercial radio earlier this year, said he plans to open at least 10 more PodSpot Studios by the end of next year.

“As remote and agile working became the norm during COVID, podcasting has also enjoyed a boom with 37% of Australians over the age of 12 now listening to podcasts every month, and major players like Spotify investing heavily in the medium,” Matthews, the PodSpot CEO, said.

“The power of podcasting is immense for sharing stories and opening opportunities to drive sales. PodSpot is helping organisations of all shapes and sizes to add a podcast to their toolkit as we expand PodSpot Studios with WOTSO to even more locations over the next 12 months.”