Plista goes from zero to 100; aims to be a one-stop native shop 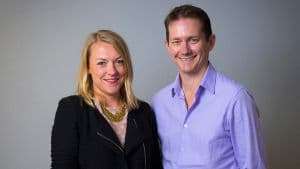 It's been a little over a year since GroupM's Plista launched on Australian shores, and according to its global MD, the Australian roll out has been one of the business's most successful international launches to date.

Since launching the offering in Australia, the native content and referral business now sits on more than 100 websites, with MD Jana Kusick telling AdNews the business is looking to add resources to the business locally off the back of its success.

“Australia is the most successful country that we launched outside of the German speaking markets and we're looking at it as taking a big role in the APAC region. We are putting a lot of resources on the ground as the market has been so successful,” she says.

In the last 12 months the business has inked deals with Yahoo7, Fairfax, News Corp, NineMSN, as well as other sites such as Mamamia, The Daily Mail, Foxsports, SkyNews, Carsguide and CarAdvice.

Some of the partnerships are on an exclusive basis, while some publishers also use other providers such as Outbrain on their sites.

Local general manager of Plista, Brett Poole, told AdNews that since launching last year the business has surpassed all expectations for what it would be able to do in year one.

“We've come off a zero base and we've capped off a huge year of growth,” he says.

“We beat expectations on how quickly we'd grow and being able to integrate Plista with publishers, to get across more than 100 different websites, also across the top four Australian networks - it's been big.”

Poole joined Plista six months ago, after spending eight years at Yahoo and he says the first year for Plista has been one that has been quite “foundational”, with the business aiming to focus on what publishers and advertisers need, rather than just on what they can offer.

“In a new market when you're talking to publishers and advertisers you have to be a nimble in where you went with your products, fortunately we still have similar products, but one thing, not on the advertiser revenue side, is that we want to be powered more by data,” he says.

To that end, Plista is rolling out new dashboards for publishers and advertisers, as an add on to their regular services, so they can better understand how to make their content work harder for them.

Plista is also launching in-feed native advertising, pitting it against the likes of Facebook and Twitter to gain further ad spend.

“Our vision is to be the one stop native shop for both advertisers and publishers,” Kusick says.

“The IAB has done a lot of work into actually defining what native is and there are six main categories and we're in four of them already. We want to become the one partner for both sides.”

Going into year two the business is focusing on its direct business, as well as locking out more 100% inventory deals with publishers ensuring that when it comes to native advertising Plista is a “must buy”.