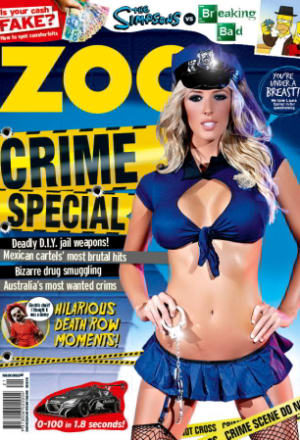 Bauer Media's controversial men's title, Zoo Weekly, has come under fire from a change.org petition which is calling on the CEO's of both Coles and Woolworths to drop the title from its shelves.

The petition, which was started on the May 8, is calling on the supermarket giants to stop selling the magazine due to its sexualisation and objectification of women.

The petition was started by a member of Collective Shout, a group which is aims to target corporations, advertisers, marketers and media which objectify women and sexualise girls to sell products and services.

“I want this to change. Why should our major supermarket chains supply this magazine which promotes the abuse of women like me?”

The petition so far has attracted 1,377 supporters.

This isn't the first time Zoo has garnered negative attention for its content. The publication was called out for its competition which asked readers to search out “Australia's hottest asylum seeker”.

Zoo Weekly was also one of the brands rapped by the department of foreign affairs for using the words Anzac, without accurate permissions.

Zoo Weekly, according to the November Audit Bureau of Circulations figures, has a circulation of 29,035, which is 27.92% less than the audience it received a year ago. According to its website it receives a readership of 435,000 thousand.