‘People thought Amazon was going to kill us’ 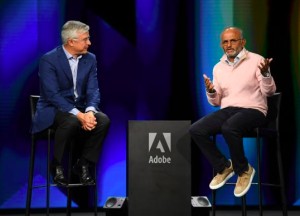 Speaking at the Adobe Summit in the US, CEO Hubert Joly explained how rising up against internet giant Amazon required a complete “business turnaround” which saw a shakeup of media, marketing and customer experience (CX).

“Seven years ago people thought we were going to die and that Amazon was going to kill us and we were not in good shape,” Joly said.

While the business “was supposed to die due to showrooming”, whereby customers visit a store to examine a product before then buying it online at a lower price, Joly explained how the brand had to step up, with the first stage of its “comprehensive strategy” being price.

Once it took this issue off the table by ensuring it was on par with Amazon, it moved to address customer experience online by redeveloping its website, investing in search and offering free shipping that was just as fast as Amazon.

Next up was investing in-store experience and employees, with staff turnover dropping to less than 20%.

“We felt that we could be in a sense, a colosseum, where all of the gladiators come and fight and we collect tickets from them,” Joly said.

“If you are an Apple, Google, Microsoft, Amazon, HP or Samsung you need a place where you can showcase the results of the billions of dollars of R&D then we are that place - where we have all of these vendors’ shops with in our stores.”

The final piece of the transformation for the listed business involved the brand “becoming a good citizen of the world” by reducing its carbon footprint and becoming a larger donator to charities.

Showrooming is one up on Amazon

Joly said showrooming would have been a threat if Best Buy couldn’t deliver on pricing and shipping.

Now he counts the ability to showroom/for people to come in-store as one up on Amazon – with Best Buy winning 3:1

He said while it may ‘draw’ with Amazon on the online realm, Best Buy has stores, allowing people to enjoy the touch and feel experience and it also permits vendors to showcase. Best Buy also has the ability to go to people’s homes.

In its pursuit of another point of difference from Amazon, Best Buy launched ‘Total Tech Support’ subscription package which, for $199 a year, sees in-store employees become advisors to customers on any tech item.

Dedicated to supporting all tech and appliances in home - no matter where or when they were bought, membership gives consumers help in-store, over the phone and 24/7 online.

Joly said its focus on helping ageing seniors stay longer in their home to live a better life is also an example of the brand being much more than simply an electronics store.

“This is truly far from just selling a TV and then moving on,” Joly said.

He said Best Buy doesn’t see itself as a brick and mortar retailer.

“We see ourselves as a company that’s obsessed about the customers and trying to serve them in a way that will truly solve their unique problems,” he said.

As part of its quest to reach and serve customers better, the brand flipped its media spend from mostly traditional media to now largely digital only.

“Digital marketing has been a huge transformation. Seven years ago 80% of our media spend analogue and mass and now it’s 80% digital,” Joly said.

By reengineering its backend tech stack to focus on customer personalisation, using its customer database, Best Buy can send 40 million different versions of targeted emails, optimised to each consumer.

Despite a disappointing holiday season for some retailers struggling to compete with online sellers such as Amazon, last month Best Buy reported an upbeat profit forecast for the year and better-than-expected holiday-quarter sales. Its domestic online revenue surged 9.3% to US$2.96 billion in the fourth quarter on a comparable basis.

AdNews attended the sumit as a guest of Adobe.