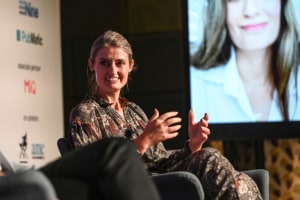 Penfolds’ venture into NFTs helped the business reach younger consumers after selling out in seconds.

The wine producer partnered with NFT marketplace BlockBar in November to launch a limited edition NFT tied to its rare Penfolds Magill Cellar 3 barrel of wine.

The single barrel NFT was converted into 300 bottle NFTs at the date of bottling, with the NFT serving as a digital receipt that verifies the buyer’s ownership and authenticity of the wine bottles. The purchaser redeemed the bottle NFT by collecting the physical bottle.

Speaking at AdNews Live in Adelaide, Penfolds CMO Kristy Keyte says the barrel, valued at US$130,000, sold within 12 seconds.

“We didn’t expect that, it was amazing,” Keyte says. “Following that, in February we made it a bit bigger and sold a barrel that had already been bottled, so 300 bottles of wine for US$480 per bottle.

“We attached it to a gifting platform so you can gift the NFT which is a big recruiter for the wine industry. That sold out in a matter of hours.”

Keyte says the adoption of NFTs helped the business bring in new, younger consumers which has been a challenge, with 80% of the sales within 18–35-year-old consumers.

“Recruitment is a challenge in Australia and trying to foresee the solve for that is what we talk about a lot,” she says.

“In luxury, Gen Z are going to make up 60% of luxury sales in a matter of five or so years. The luxury category has changed significantly. There are people who drink wine that don’t necessarily care about the terroir but are happy to spend $950 on a bottle to celebrate their wedding anniversary.

“So we have to ensure we are embracing what we call the ‘new world luxury’. We need to engage with them in a new way, it’s all about being surprising, disruptive, culture-led which is so different to where we have been.”