Paul Nagy: The power of not saying much at all 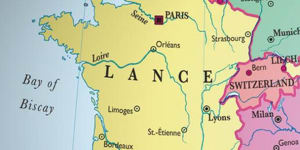 Paul Nagy uses an old Nike campaign as an example of the power of the things that go unsaid.

A lot of people who talk a lot, don’t say much. In the same way there are a wonderful few who seem to say very little, but actually speak volumes.

Great storytelling is like that. Short phrases that hint to rich back-stories. Visual signposts to tortured pasts. Punch lines that come without canned laughter or even a smile. These are all crafted sophistications that come from respecting your audience and crediting them with intelligence and imagination.

The cover for the latest Penguin edition of 1984 by designer David Pearson is a wonderful example of this. It’s the same beautifully iconic cover we’re all used to, but the title and author are censored with broad black lines. In a sea of almost identical Penguin books, it stands out like a beacon – and all by kinda saying nothing.

But of course it says everything. The core idea of the novel itself is now displayed on the cover in a way the title alone could never achieve. It’s intriguing. It’s sophisticated. It makes you either reflect on the content or wonder about it.

Advertising that follows this line is often the most satisfying. The Economist has made this kind of reward-driven marketing something of an art form, but to be topical, I would highlight one of my all-time favourite print ads as an example from Mojo back in 2005.

Picture a typical map image of Europe focussing on France. In the corner just a simple Nike logo. Not even the famous slogan. Only instead of France on the map, it reads: Lance.