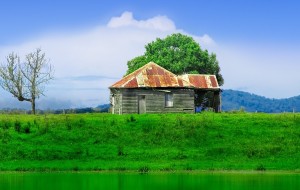 Australia’s national obsession with property prices has faded in the face of the pandemic.

A study by Streem realtime media monitoring, in collaboration with REA, found the number of news reports about residential property prices dropped significantly between March and August.

Coverage levels were still down 29% in August compared to the same month in 2019, despite a slight uptick from its June-July lows.

But it is how the house price conversation has changed that is most revealing. Reporting on topics such as housing affordability, interest rates and negative gearing has dropoped by more trhan half.

At the same time, renting has taken up more media interest.

REA chief economist Nerida Conisbee told realestate.com.au she had never discussed the rental market as often as she has since the pandemic.

“There’s been a real shift in the discussion around renting,” she says.

When it comes to property sales there has been increased talk of "sellers" and less mentions of "buyers".

However, commercial property has seen a surge in reporting.

There has been 50% more coverage of commercial property in the past six months compared to the previous six months, while the number of prominent items has grown 8%.

The relationship between landlords and commercial tenants dominated the conversation.