OPINION: You didn't think newspaper ads were still in newspapers did you? 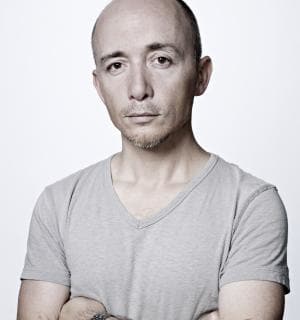 So there we were, a bunch of creative directors, trying to decide the ’best, freshest print work of the year’, ‘Excellence in print media’ as the guidelines suggested.

Once upon a time newspaper ads were black and white, printed on newspaper. Stop thinking like that you Luddite! These days newspaper ads are largely colour (well ones entered in award shows anyway) and often not actually in print. Makes sense.  Newspapers are going digital these days. Cross platform. Augmenting the traditional experience. That’s where the future is right?

Consequently, given this new world, there were four new award categories in the digital space. The way it works is that if your digital work (banners, rich media, mobile or tablet ads) have run in a newspaper website or app, the ads are eligible to enter because then they are deemed ‘Newspaper Advertising’. In fact, when it comes to the ‘President’s Award’, your digital work is judged against old school print work. So, I would highly recommend you think about entering this category next year because this year I had the distinct feeling that people aren’t yet quite onto the implications of this. Read: YOUR AMAZING INTERACTIVE DIGITAL VIDEO CONTENT IS UP AGAINST A SMALL SPACE PRINT AD!

Speaking of digital ads, I’m yet to see much advertising which exploits the potential of an iPad. I’ve looked in Wired magazine and places you’d expect some high fidelity interactive shenanigans and yet I’ve seen very little worth mentioning. Every print ad I can recall in my newspaper apps or any number of iPad magazines is basically a PDF of the standard print execution. I looked up some more official reports online and they seem to back up my impressions. No doubt, this is an untapped opportunity.

Back to the Caxtons. There were also a few other categories somewhat unrepresented. I don’t remember much Automotive, Topical, Travel or Retail, or at least not retail with actual prices in it. When this happens, canny judges go back to their agencies and say, ‘Hey, Bob, make sure we enter that neat small space ad of yours next year. That category is a sitting duck.’ (I don’t know quite why, in this example, my Creative Director seems to work at Doyle Dane Bernbach, circa 1962.)

So now, after having raved on about Digital, the more the Caxton judging day fades from memory, the work that sticks in my mind isn’t actually digital. What I do remember are some good print ads for Volkswagen, various N.Z. beers and TV stations, The Army and even some long copy ads.(There was a lot more good work but I have a short memory.)

So what does that lacklustre showing in the digital realm imply? I guess it means a lot of wide open space, both creatively and commercially, in which to play. I don’t mean in an award sense. I mean out there in the real world. And that can only be a good thing.

The 2012 Caxton Seminar and Awards will be held at Hamilton Island from October 12-14. Tickets are sold out however the seminars will be live streamed here on Friday 12 October at approximately 2:15pm and then from 10am on Saturday 13 October.