OPINION: Why Australians love their smartphones 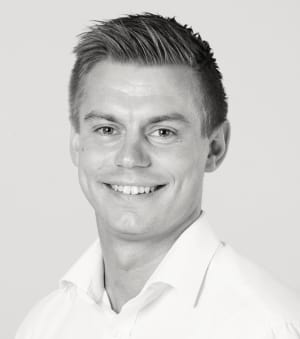 Why does Australia have one of the highest smartphone penetrations in the world?

The answer is not that straight forward.

The iPhone has been the biggest driver behind smartphone penetration, both here and overseas. In Australia however, we had a unique set of circumstances that aided the spread of iPhones: Australia was one of few countries in the world where all major telcos — Telstra, Optus, Vodafone and 3 — carried the iPhone when it launched in 2008.

In the US, people still have to sign up with AT&T if they want an iPhone, as it is the exclusive iPhone carrier. Here, competition between the four mobile carriers was fierce as they fought to sign up customers, and that accelerated the adoption of iPhones in Australia.

A smartphone is considered a premium product as most consumers have to pay a high proportion of their salary to acquire it. Unfortunately for Apple, it kicked off the global launch of the iPhone as the GFC struck in 2007 and 2008. The drop in global consumer confidence in the wake of the GFC hampered the growth of smartphones in markets that felt the biggest impact of the economic meltdown, such as Europe and the US.

The impact of the crisis on Australia has been considerably less than in many other countries, with markedly better growth rates than most other developed economies. The relative financial security of Australian consumers at the time of smartphones’ introduction made it easier for us to afford such a premium product.

It could very well come down to the fact that Australia is a nation of foreigners. 29% of the Australia’s population is born overseas and 36% of Australians have parents who were born overseas, according to Roy Morgan. These people have to communicate with their family and friends overseas and the easiest and cheapest ways is through social media networks or internet call services such as Skype.

Useful technologies on mobiles such as mobile banking and PayPal are further accelerating the adoption of the smartphone. It is important that we as marketers provide relevant content on the mobile that fulfils consumer needs and becomes an integrated part of everyday life.

Australia may have one of the highest penetration rates in the world in smartphones, Facebook and Skype usage, but it’s not necessarily because Australia is a nation of early adopters. The reason lies in a combination of favourable circumstances in the economy, immigration, the multiple carrier launch and accessible relevant content for mobile.