OPINION: Who left the retail back door open? 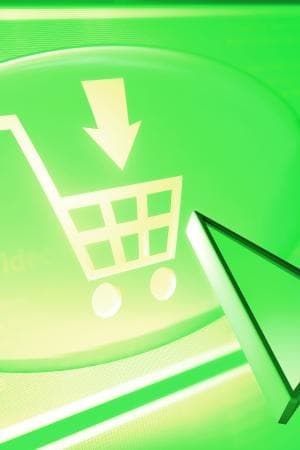 Traditional Australian retailers have given Click Frenzy and innovative retail brands an enormous advantage. The very existence of this much-hyped event is indicative of the failure of many retailers to invest in and drive significant returns from their online channels. But while Click Frenzy Mark II may have had a little more success this time around, it is by no means an indication of its likely future.

Globally, traditional retailers have been slow to build eCommerce and online into their core mindset. To see how this has played out in our own market, just visit the Myer and David Jones’ Melbourne store development extravaganza - then go and visit their websites.

While these flashy new flagship stores are shining examples of bricks-and-mortar retail innovation, they don’t cater to the wider Australian or global market. In the 1800s, mass population density and an increase in available cash from a new class system spawned the original department store model – a model that seemingly underpins their future retail strategy.

In the US, Cyber Mondays kicked off in 2006, cementing itself in the online retail landscape, which Click Frenzy is attempting to replicate here.

Today, Australia’s traditional retailers have been asleep at the wheel in  delivering their own eCommerce visions, and consumers may well be thankful because:

1. New brands have emerged and have ridden the massive consumer wave of demand
2. Edgy, international brands have flourished and captured a massive share of the Australian retail wallet
3. A discount mindset has dominated over offering a premium service

Seven years on, Australian retail brands are making the same mistakes the US did in 2006; failing to drive demand and achieve their online sales potential, which leaves the retail back door wide open. As a sign this is hurting retail performance, a Daily Deal category has come and almost gone and a new level of aggregation is now emerging, both skimming profit that should have gone back into retailers’ online  investment.

Click Frenzy might well establish its intended market control due to traditional retailers’ eCommerce investment failing to support their marketing spends. Which begs the question: Will they be able to catch up?

Click Frenzy’s discount sales model appears to be the best way for our currently challenged traditional retailers to collectively increase their share of online wallet compared to aggressive overseas retailers, but this has to be a short term plan, right?

Fortunately or unfortunately, Click Frenzy seems destined to become an intrinsic part of the Australian online retail landscape, as is the case in the US and EU. Why? Because over the past decade I’ve not heard one traditional Australian retail brand say they plan to use their online channel to grow their footprint beyond the Australian market.

While the industry is still trying to get the basics right, it is more a point of attitude. Ten years is a long time in retail and several generations in the online world, which has left big retailers wide open to new competitors on all fronts.

If our big retailers want to regain control and accelerate growth, they need to speed up delivery of their online plans. Because right now Australian consumers are building relationships with new and more responsive brands and gaining share of wallet that will be harder to win back than it was to lose.