OPINION: When it comes to Asia, is the grass always greener? 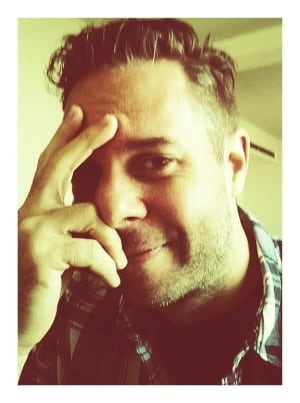 There’s no doubt that Asia has never been more attractive to Australian expats both to work in and invest in. The potential is awe-inspiring.

Economists suggest that by 2020 three of the world’s four largest economies will be in Asian countries.

The potential of Asia is nothing short of a dream. Or is it?

What’s it like working as a westerner in Indonesia? Well, it’s hot. Really hot. I’ve been here since late 2009 and I’m still not used to the heat. Plus the electricity is dodgy. The infrastructure ranges from basic to non-existent. Some technology is booming; most people have one or two mobile phones.

It’s pretty rare to see high quality furniture and fixtures outside major cities; Often businesses are crammed into quite small offices called Rukos. It’s where we started, I don’t miss it or the days where there was not enough electricity to run both the computers and the air con.

Westerners grow up with strong views on right and wrong and concepts of reward and punishment … these mean very different things in Asia. The culture isn’t ruled by our notions of black and white. Other concepts are more important like not wanting to trouble you; causing trouble is not the done thing. It’s better to tell a small white lie than to create a problem for someone. Of course, in our reality, that can be the cause of problems. I’ve put a lot of time into managing this cultural difference.

It costs way more than you think. I know people talk about it being ‘cheap’ – particularly salaries – but I can tell you, running operations in Asia costs a lot more than people first realise. Any salary could easily be tripled to realise the true cost of carrying that team member.

While many think the door is wide open, I find the regulatory environment of Indonesia nothing short of a maze: Anti-corruption is a major initiative of most governments at present. Sometimes weird stuff happens. For example we learned that the office that stores many significant legal documents to do with companies and work permits was burnt down the same week the boss of that office was being questioned by authorities … one plus one equals three … right?

What can I say, I love the people. It’s what makes my work and life so rewarding. But no matter who you are, remember you are always an outsider. My advice is to learn the language as best you can – it builds a connection that cannot be underestimated.

When it comes to people, I suggest you earn your rights. Just because you know the answer, it does not give you the right to speak.

And be humble. Wait. If you do that, the invitations will come to you. If you push aggressively, you may find an uncomfortable silence coming back. Or even worse – total agreement – except it turns out to be one of those ‘not wanting to create trouble’ things.

My other advice is to participate in local life. It’s all too easy to live an expat lifestyle but you won’t get the respect and invitations to meetings you need unless you try to integrate.

I have done away with having a separate office. I’ve gone back to my grass roots. I work in a shared space; it keeps me close to the reality of the people I work with.