OPINION: Twitter’s Ads API is here and it's a big deal 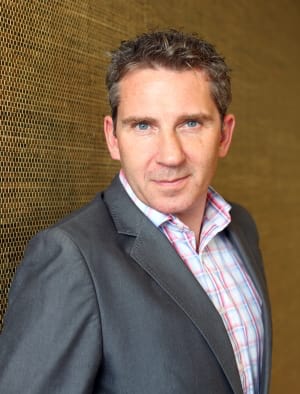 The latest such development has landed with Twitter’s recent announcement that it will finally allow marketers to advertise at scale using powerful third-party buying and optimisation systems.

Previously all ads were managed manually on Twitter. Changes were relatively easy to make, but making them in a timely manner across all your campaigns was a labour-intensive process.

With the announcement, Twitter joins Facebook and LinkedIn as the only other global social network with advertising APIs that allow marketers to create, manage and optimise ads. I expect others like Google+ and Pinterest to release equally as robust offerings soon.

For the first time, marketers can now manage Twitter ads from the same systems used to manage social listening, social content and social ads for other networks. In the same way that marketers can take an engaging Facebook post and turn it into a Sponsored Story on Facebook, they can now monitor engaging tweets and turn them into Promoted Tweets, further shattering the silos between paid, owned and earned media.

Twitter’s ad APIs are a natural progression for the company. And, quite frankly, I expected it to come a bit sooner. Nonetheless, this is a game changer for brands who need the power to pull off real-time engagement that turns tweets and posts into memorable content.

It’s great that Oreo pulled off the “dunk in the dark” post in the Super Bowl. But doing this type of marketing year-round just isn’t possible without easy access to actionable data and always-on optimisation.

These powerful APIs create “win-win” situations for everyone. The likes of Facebook and Twitter benefit by outsourcing much of their product development in this area to experts focused exclusively on building these products. Marketers benefit by using the technology to be more efficient and drive more ROI.

The leaders in this next wave of cross-platform social marketing will dive in immediately. But as every brand flocks to Twitter, and the war for quality inventory heats up, expect mobile to be the primary battleground.

Twitter recently released a study on its mobile users, and found that 96 per cent are more likely to follow 11 or more brands, significantly more than the five brands that the average Twitter user follows. Mobile users are also 58 per cent more likely to recall seeing an ad on Twitter than the average user. This makes sense. Twitter is a mobile-first platform and this is where ideation should begin.

Social media usage is at an all-time high. The best way for a brand to be a part of the action is not to try to replace social friends, or the banter between them. It’s to create content that is shared, which is the glue that binds these social relationships together.