OPINION: Today's copywriters have never had it so easy 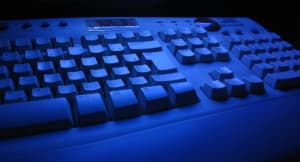 In his book Madison Avenue USA, Martin Mayer refers to the environment of the creative department of an advertising agency as ‘constant pressure to come up with more ideas, new ideas, better ideas’.

The book was published in the '50s and it can safely be said that Mayer’s description was true at the time, and has remained so ever since. But now it’s all changed, at any rate if my observations on the current crop of TV commercials are anything to go by.

Nobody wants ideas any more. The brief to copywriters seems to be: write a summary of the product’s benefits and then provide an outline for a testimonial commercial. And they’re not just for funerals and insurance companies these days – testimonial commercials infest the commercial breaks with talking heads singing the praises of headache treatments, breakfast cereals, slimming courses, stopping smoking, and now even snack foods.

What’s it all about? Are agencies too timid to put up adventurous ideas to a client – or is the client wielding a big stick and demanding low cost commercials? The days of great campaigns have gone – those memorable campaigns which were so strong they almost made the writers famous. I’m thinking of John Caples – ‘They Laughed When I Sat Down At The Piano’, Terry Lovelock – ‘Heineken Refreshes The Parts Other Beers Can’t Reach’, Charles Saatchi – ‘Labour Isn’t Working’, and Alan Morris/Alan Johnston – ‘C’Mon Aussie, C’Mon’.

Today’s monotonous testimonial campaigns are a far cry from the heady days of Mo and Jo. I recently reread the AdNews ‘Advertising Hall of Fame’, in which Mo and Jo are quoted as saying: ‘We always had the attitude that we were uninvited guests in peoples’ lounge rooms through their television sets. We had to treat them with respect, and because television is an entertainment medium, we felt we had to entertain them.’

It’s a philosophy which doesn’t get much support today. Entertaining commercials are few and far between, while talking head testimonials are everywhere. So with fewer demands on copywriters to keep up the flow of new and better ideas, they can afford to put their feet up. And if they have problems with the hard slog of writing body copy for press ads, I’ve more good news for them. Today, it’s not a problem, because your art director will set it so small that nobody will be able to read it anyway.

Same applies to positioning statements. Commonwealth Bank made their ‘Determined to Be Different' theme healthily unreadable by reversing the copy white on pale yellow. And now, by way of an encore, they are successfully concealing the ‘Can’ campaign theme by printing it yellow on pale grey. Qantas have gone one better – setting the line ‘You’re The Reason We Fly’ in about nought point, but better still, setting it grey on grey!

So copywriters, don’t agonise too long on positioning statements – there are forces at work to make sure nobody notices them!

As I said, you’ve never had it so easy, and I wish you many enjoyable long lunches.