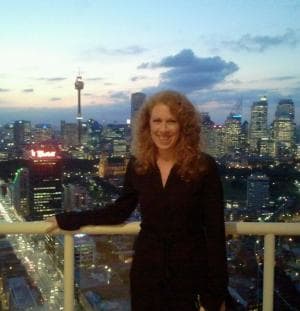 An analysis of media agency, media owner, consumer and advertiser sentiment has thrown up a surprising finding. It appears that advertisers are the most optimistic of the lot. Cautious yes, but they are using the bumpy market conditions to their advantage – by demanding better deals, more value and, importantly, greater innovation.

Media agencies and owners are predicting growth for the second half of 2012 of between 0.1% and 2%.

However, when you look at advertiser sentiment – and actual spending this year – there are still big licks of growth and confident spending in several categories.

Starcom MediaVest Group’s Media Futures is the only report of its type that interviews advertisers about their anticipated expenditure for the year ahead. This year, advertisers predicted budget increases of 3.8%, compared to media owners who predicted 1.7% growth.

Starcom’s mid-year dip into expected spending may see that figure revised down, however, if the global economic conditions and consumer sentiment remain volatile.

SMI data comparing Q1 2011 to Q2 this year found that total ad expenditure was down only $2.8 million. Of the 30 advertising categories, around half increased their expenditure, and half reduced. The biggest spenders were seniors/retirees (up $26 million), banking & finance (up $16 million), FMCG (up $14.6 million), automotive (up $4 million) and communication (up $3 million).

And perhaps reflecting the consumer mood to save and not spend, the boats category contracted by $20 million, travel was down by $11 million and real estate down $10.7 million.

Nielsen’s ad expenditure data for January to April this year also highlighted some confidence among advertisers. News Corporation posted the biggest growth among the 15 top advertisers with 31% increase. It was followed by Toyota (up 29%), Lion Nathan (up 28%), Wesfarmers (up 24%) and the Victorian Government and Reckitt Benckiser (both up 23%).

When you look at where those advertisers are spending, it’s digital that dominates, with search, mobile and video the key hot spots, albeit it off a low base, according to the Media Futures report.

In fact, the integration of digital across all media will be a critical driver for advertiser expenditure in the future, with ‘big idea’ innovation from media owners integral to their ability to attract ad dollars.

In today’s Big Picture feature in AdNews magazine, I asked the major media agencies to look ahead for the rest of the year and who is performing, who is not and what challenges the media market faces and where the growth is. In another feature, we’ll look at how tough times have seen innovation thrive and where the hot – and not so hot – spots are.

Aegis Media Pacific chief executive Luke Littlefield summed up the shift in the drivers of expenditure well. “The most successful media companies are those that can work collaboratively with agencies and integrate marketing and communications across multiple channels. Those that recognise the impact that digital has over all media channels and platforms, and help their advertisers to leverage it, stand out and will be the strongest performers in the future.”