OPINION: The price is right 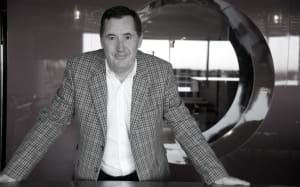 When I first saw the game show The Price is Right in the US in the early ‘80s I thought it was incredible that to win ‘...a brand new car!’ you didn’t have to know the middle name of Abraham Lincoln, you just had to know the price of a pack of Mac & Cheese. Who were these people who knew nothing except the price of everything?

Well, times have moved on, and today everyone is playing The Price is Right. People seem to know not just the price of everything, but what they believe is the right price of everything – and until the product or service appears at that price, they just won’t buy it.

In a major recent revamp, US department store chain JCPenney moved from having dozens of confusing catalogue offers and complicated sales to an incredibly simple pricing strategy. They did this because their customers weren’t being fooled anymore, they knew the right price of the hoodie and until that hoodie was being sold at the right price, they just weren’t buying it.

Like many of the readers of this magazine, I talk to a lot companies and I hear a common story: times are tough. But behind this is often another story: volume is holding up, but value is slipping.

While the populace likes to whinge about the rising cost of living, they’re also learning that prices are coming down in so many categories. I recently saw a story in the paper showing that in 1998 it cost you around $16,000 to get into the bottom-of-the-range Toyota (the Starlet). Thirteen years later, you can get into the bottom-of-the-range Toyota (now the far superior Yaris) for about the same price. I was in Aldi the other day and I could have picked up an LCD telly for the same price as a packet of ‘own brand’ ginger nuts. (One of these stories is not quite true, but you know what I mean.)

Then there’s the effect of the internet – the massive global price comparison machine. You don’t have to be a tough negotiator to get the best price anymore, you just have to spend 10 minutes on your smartphone on the bus on the way home. Consumers want more for less, and they are getting their way. Look no further than the latest offers at KFC and Maccas.

Inevitably, advertisers have followed consumers’ desires and the effect has trickled down to the way most advertising talks. Coles are ‘down-downing’ every night and the public is being reassured that they were right – things just don’t have to be as expensive as they once were.

Sometimes people even get a bit overexcited. I was in a car dealership recently where an eager young couple was trying to negotiate the purchase of a car. While I was waiting to be attended to I ear-wigged their conversation. The salesman told them the price was $30,000. They came back with a ‘final offer’ of $22,000 (the dealer’s margin on the car in question would be less than $2,000). The couple stuck to their guns and walked off telling the salesman that if he changed his mind, he should call them. Presumably they either skulked back and paid closer to the real price, or bought a Yaris.

Life for marketers is just not as simple as it was. For a long time, purveyors of brands had it nice and easy. Compared to other markets around the world, margins were decidedly plump here in Australia and ‘the price was the price’. I was told by one large FMCG marketer that at his headquarters in Europe, Australia used to be referred to as ‘Treasure Island’.

Well that’s coming to an end now and only dumb companies are waiting for the old days to return. Smart ones are developing new products, services and strategies. It’s going to be a more competitive market from now on. The punter is whooping in his seat and waiting to be invited to ‘...come on down!’ to play The Price is Right!

This article first appeared in the 18 May 2012 edition of AdNews. Click here to subscribe for more news, features and opinion.